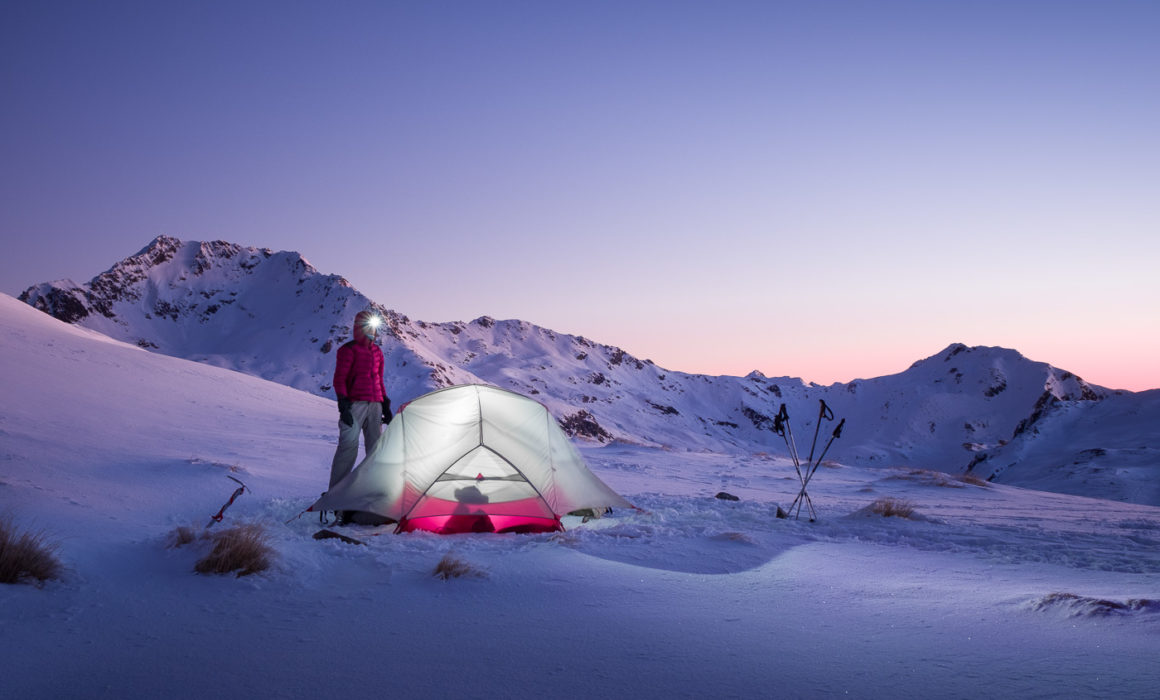 Coming back to a favourite tramping destination can be like watching the nth re-run of a favourite movie. There is comfort in knowing what you get. At the same time the story lacks suspense and you soon find yourself bored. Luckily winter can help put a new spin on a familiar trip.

The Lewis Tops are a quick drive from Christchurch and easily reached from Lewis Pass. After a short push through the forest of despair you find yourself cruising along a grassy ridge with stunning views in all directions. Brennan and I have visited the Tops a few times. They are a convenient antidote to civilization but the novelty had started to wear off. Luckily heavy snowfalls had helped to change the terrain almost beyond recognition on our last trip there. As soon as we stepped on solid ice we felt like on an expedition into unknown lands. Never mind that we were still on a track at a meagre 1500m in elevation. 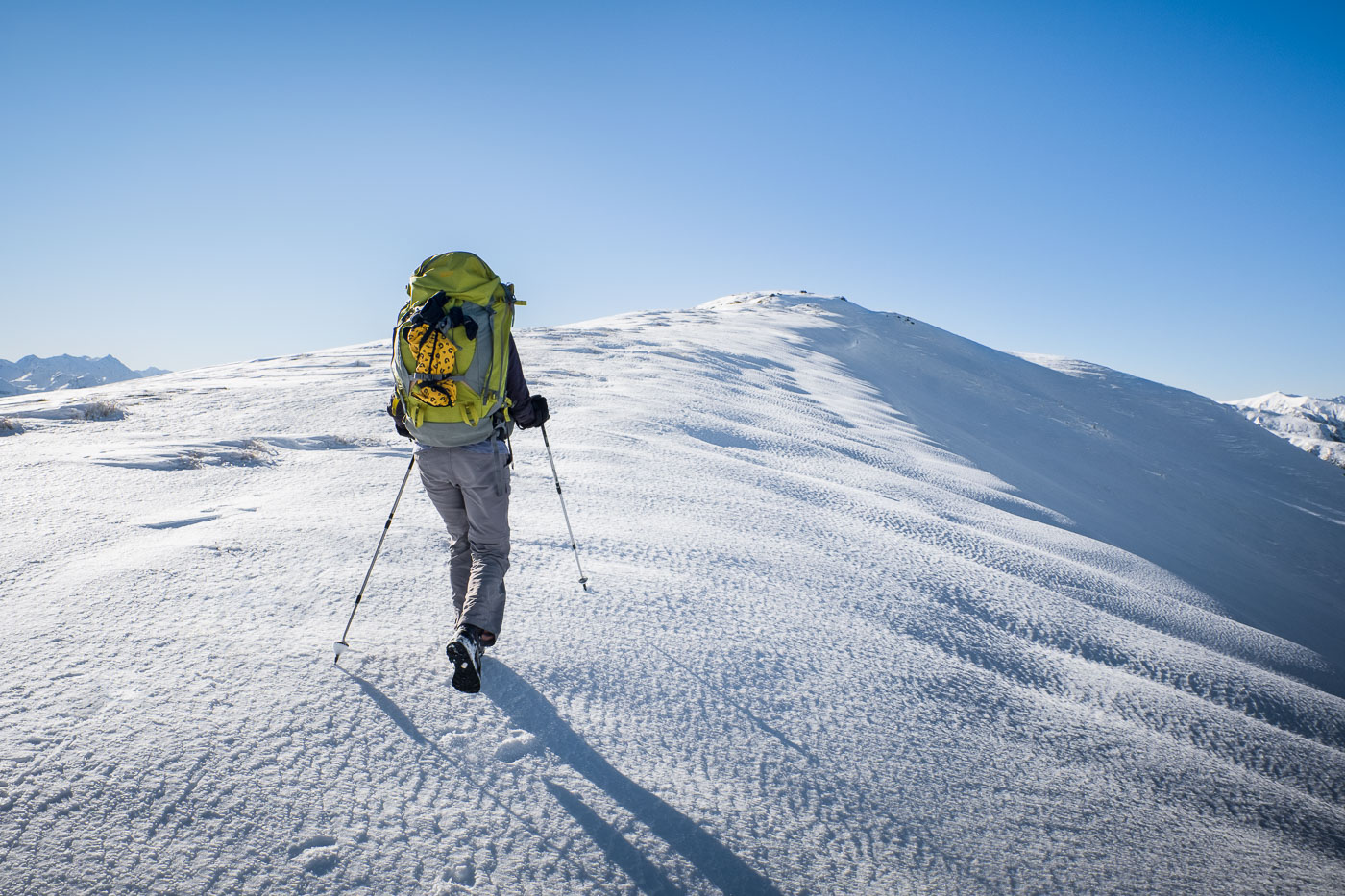 Photography in snowy conditions is a favourite of mine. A white blanket of snow adds appeal to mountains by giving them depth, contrast and drama. Taking photos of people is a lot easier, too. Not only do they look more heroic than on grass or rocks, the light is also better than in in sunny conditions. On a summer’s day I struggle to fill the harsh shadows a subject casts. Editing these shadows in post-production has its limits and the shot soon looks overcooked.

In winter the snow does a perfect job of lighting my subject’s shadowy side like a giant reflector. It’s like having the most attentive assistant carrying the world’s biggest reflector wherever you go. The result is beautiful fill light with a natural glow.

After a lot of photos on our way up, we stayed the night in our preferred camping spot beside two tarns. The once familiar basin between two parallel ridges had changed beyond recognition. The tarns were two icy bowls filled with snow drifts. It was perfect. 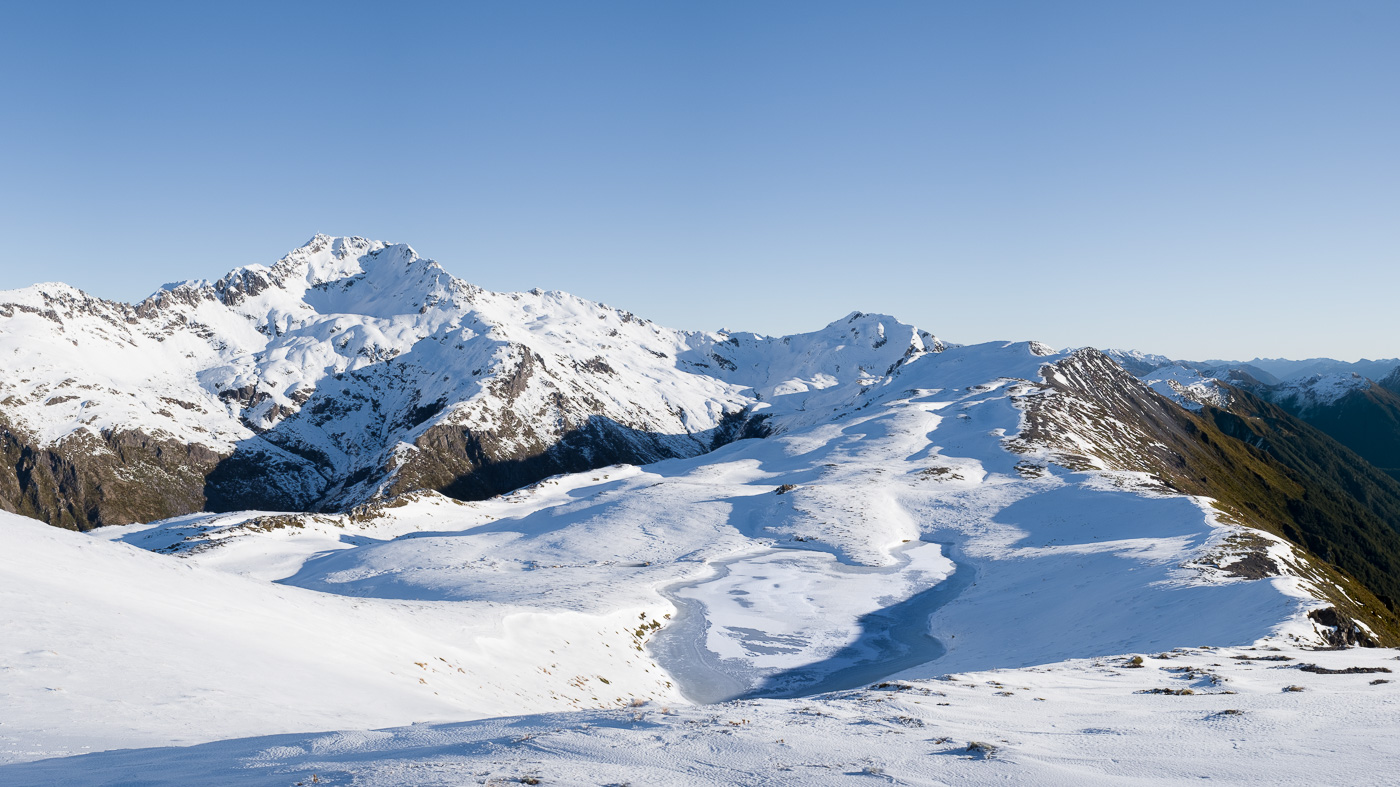 Our home for the night was at its most impressive at dark. We had a new moon with hardly a cloud between us and Australia. The Milky Way was so staggeringly beautiful that I lack the words to describe it.  The band of pinprick lights had turned into a smear of brightness from one horizon to the other. What made this experience so special was the feeling of being immersed in it. The Milky Way seamlessly transitioned into the surrounding snow. Imagine spending a night inside a snow globe that someone put in a planetarium and you get an idea of the intensity of the experience.

We had to pay a price for an easy approach and the views, though. It was the coldest night I have experienced in New Zealand by far. When you find yourself shivering in your sleeping bag, while wearing all your layers and a down jacket for good measure, you know that you’re dealing with a seriously cold night. When the sun finally warmed up our tent after a long 14 hour night, we reluctantly packed up our 800 things, and promised to give another favourite summer tramp a try soon. 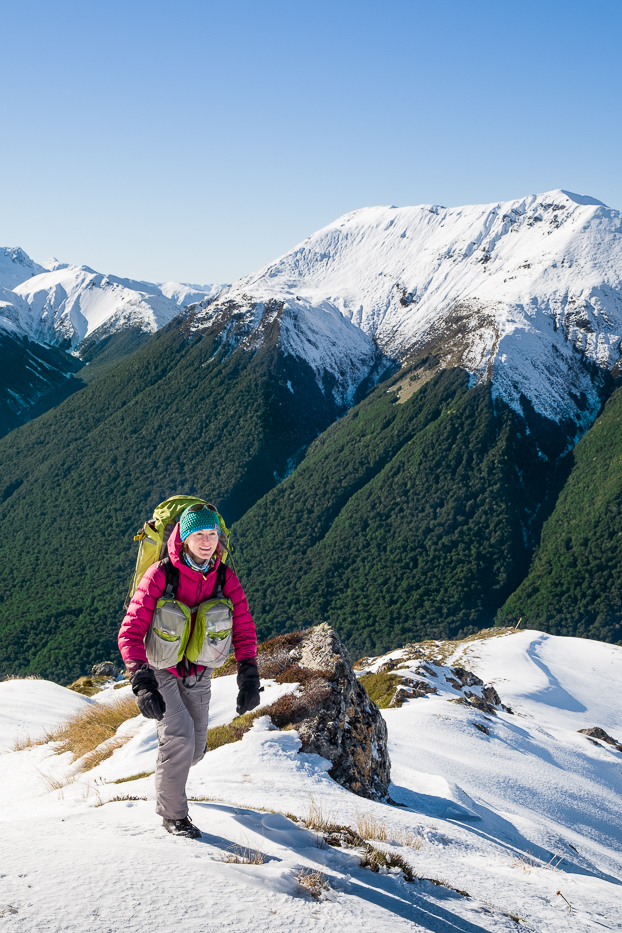 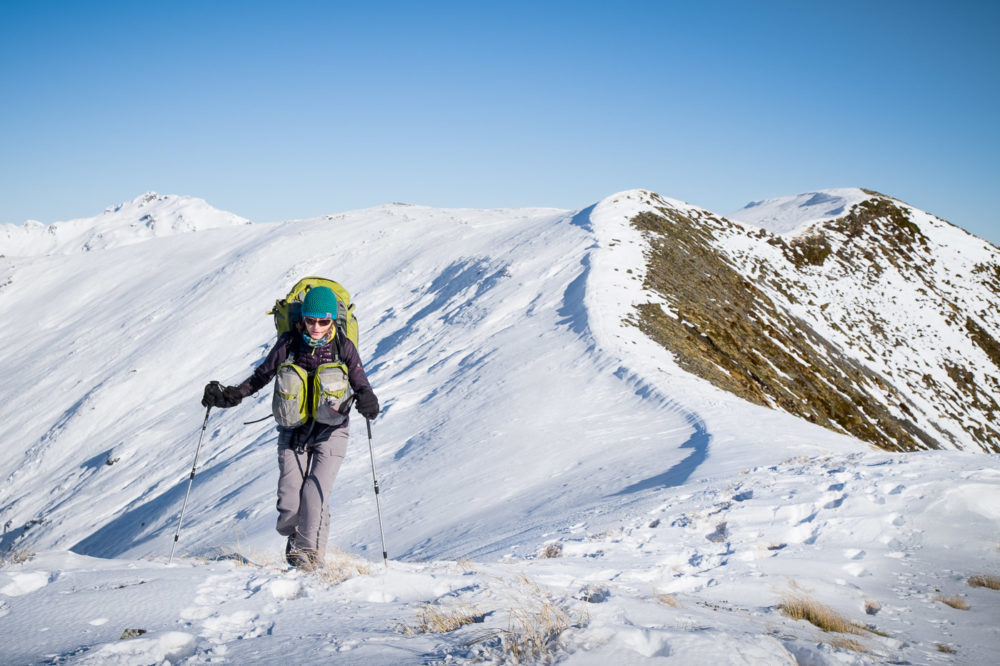 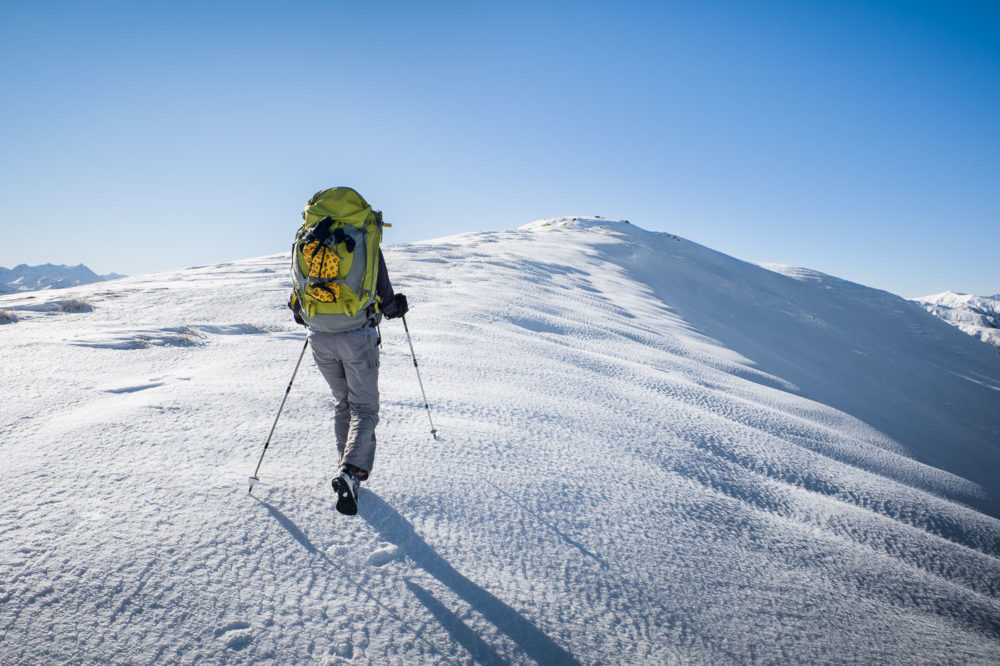 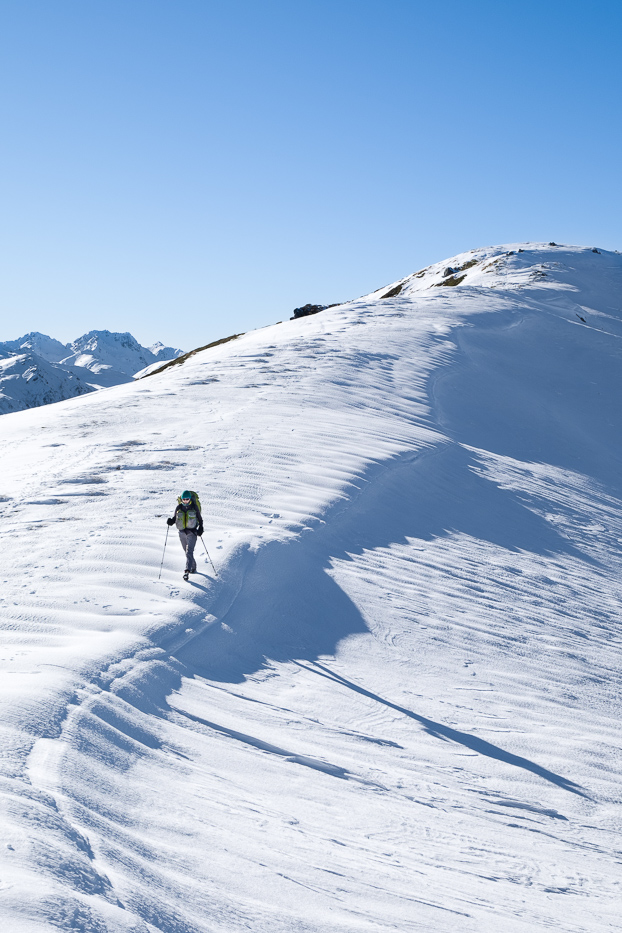 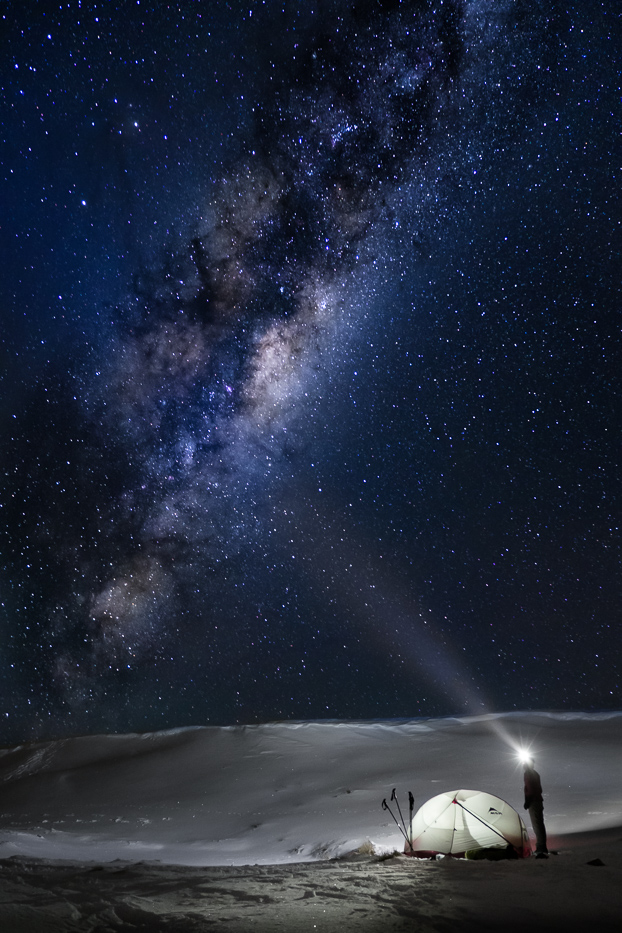 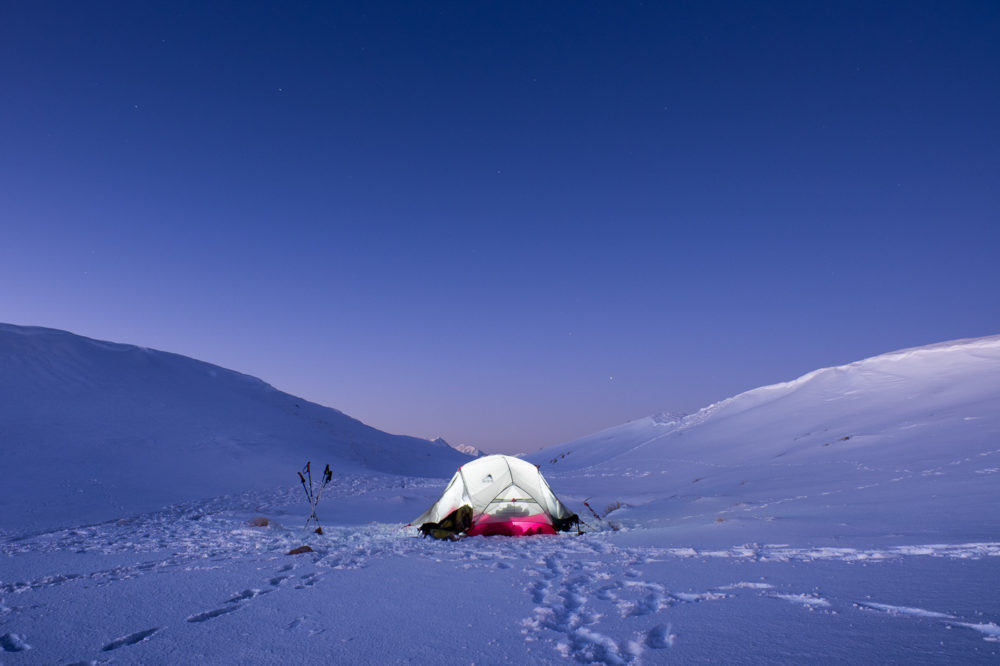 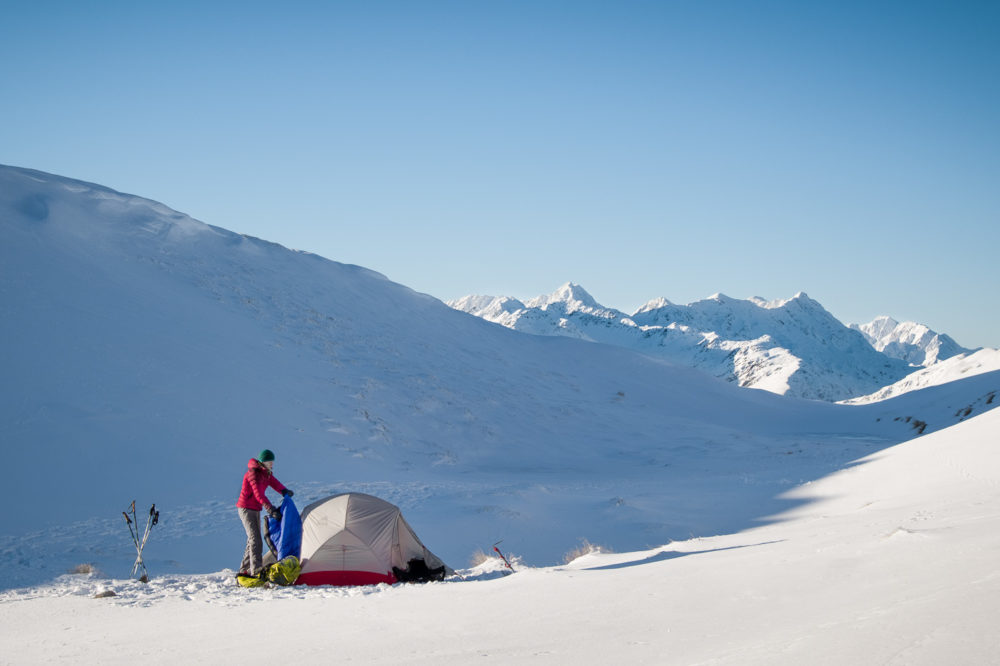 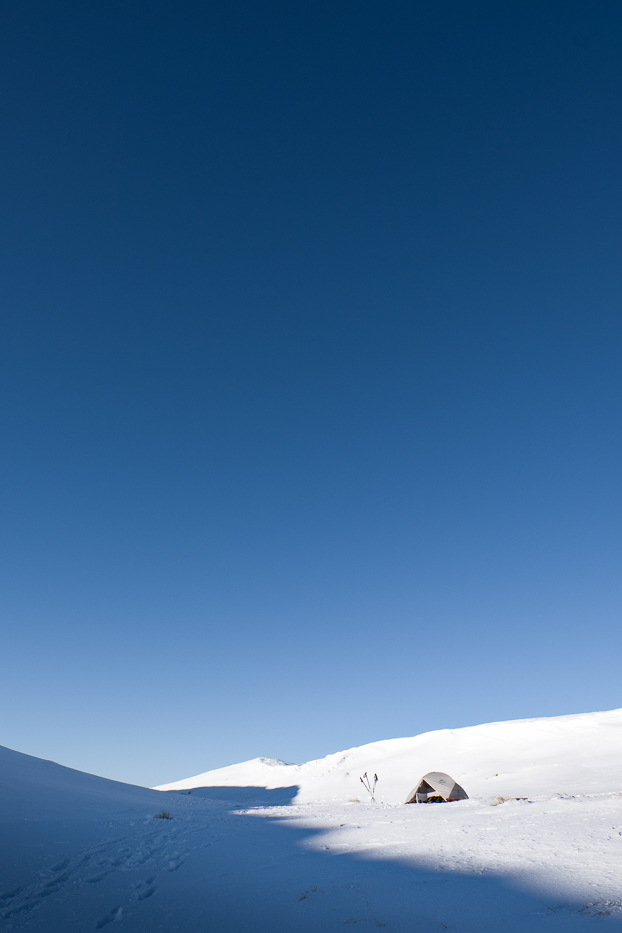 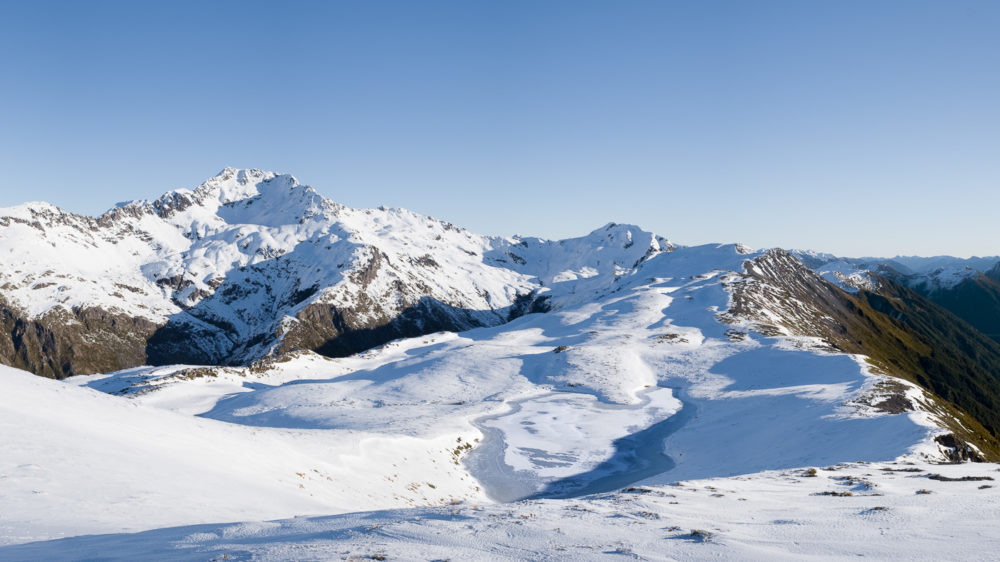 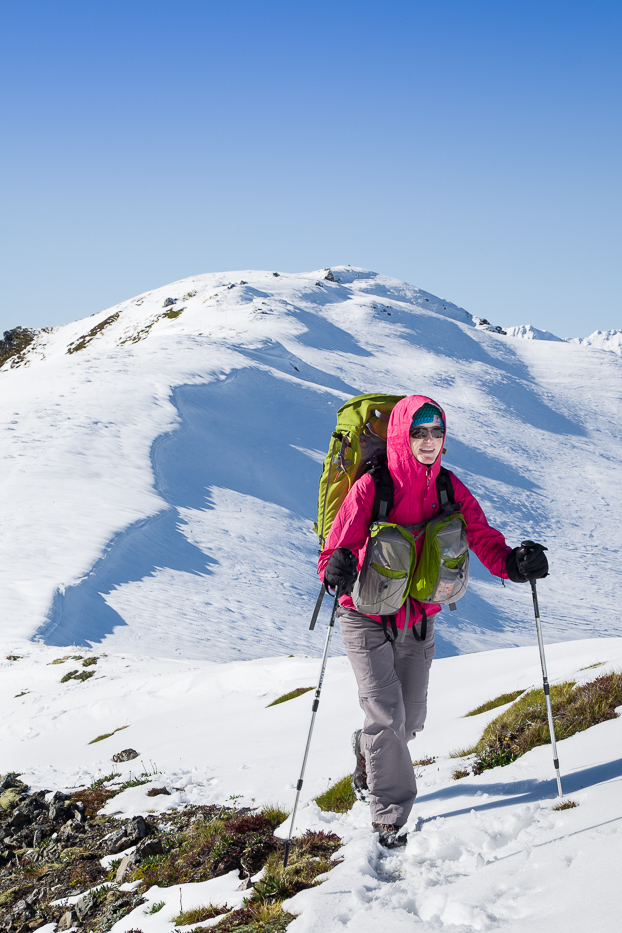