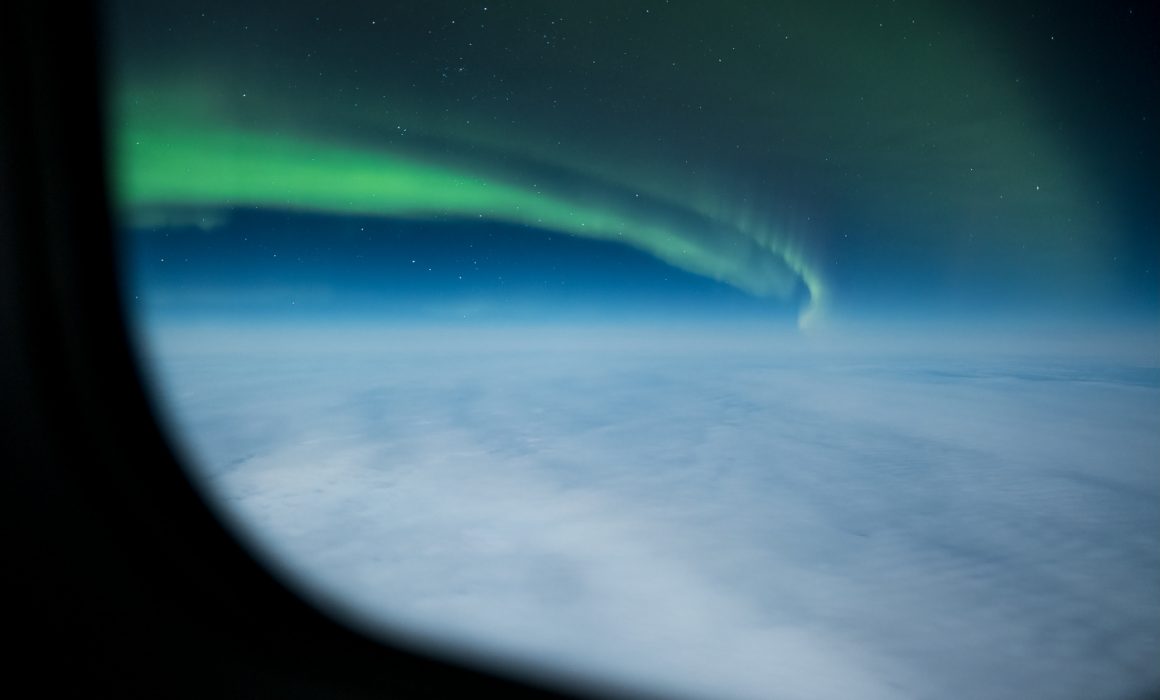 SOFIA hurtles towards the Antarctic circle at 15 kilometres per minute when excited crew members break the solemn silence. Noses are pressed against windows as we approach a mighty band of Aurora Australis stretching from one horizon to the other. When we enter the thin, grey band of luminescence, it resolves into a wavering curtain of bright green light seemingly hanging down from space. Veteran test pilots of many decades are just as awed as the rest of SOFIA’s crew. The joy that I see might well be what inspired their careers in science in the first place. 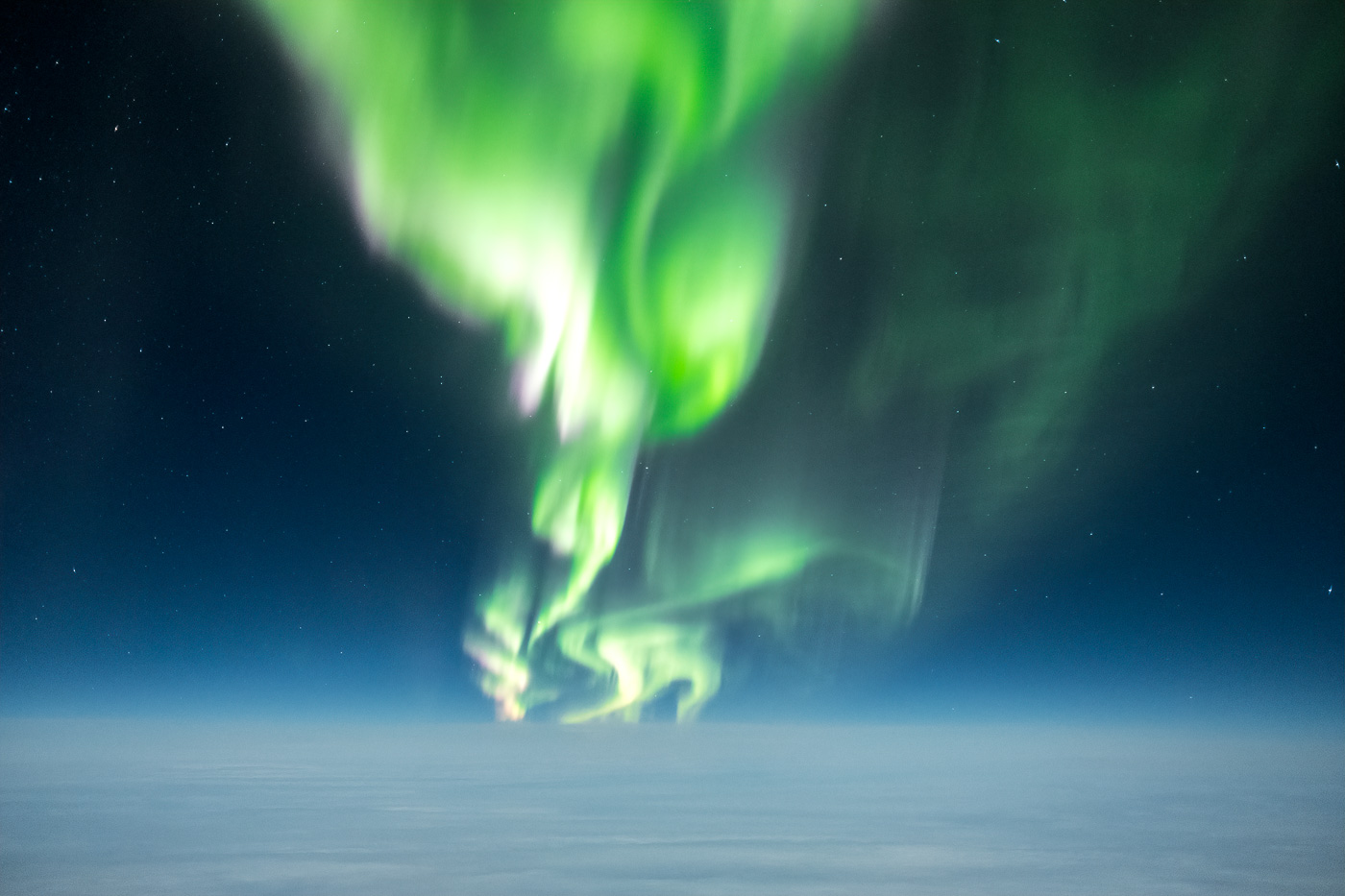 It is easy access to the southern hemisphere that brings the team of SOFIA to New Zealand every winter. Short and humid northern nights in June and July hinder worthwhile observations from the northern hemisphere. Meanwhile, New Zealand’s clear winter nights provide a launch pad for observations of stellar objects not visible from the continental United States, SOFIA’s usual stomping grounds. For six to eight weeks every winter, the team of SOFIA squats in the offices and warehouses of the United States Antarctic Program. The team does not tire to point out its pride in doing as much science per dollar as possible, and saving on facilities is just one way towards that goal. 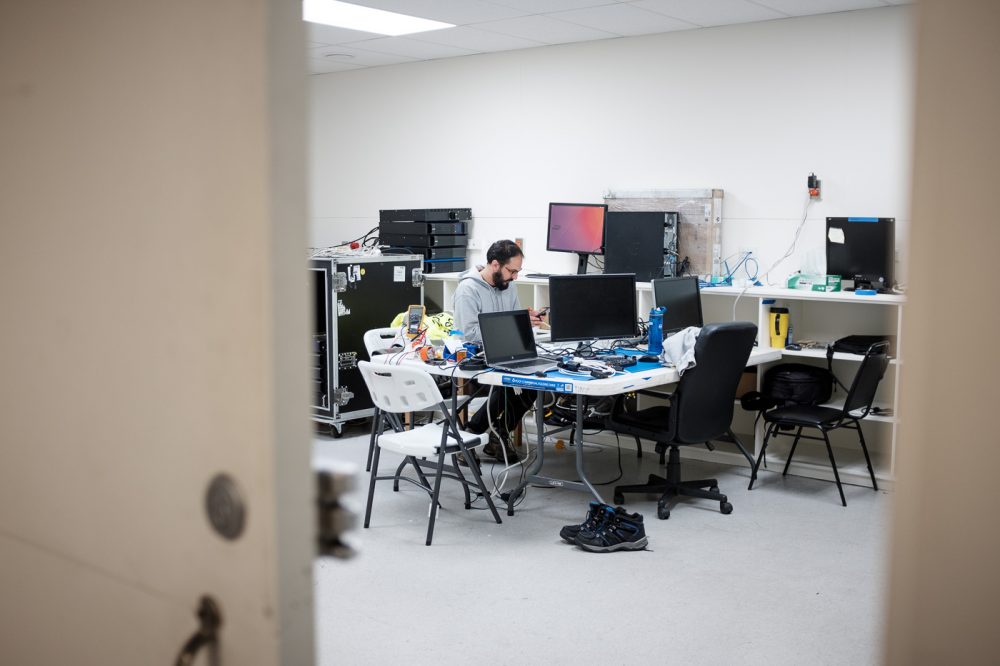 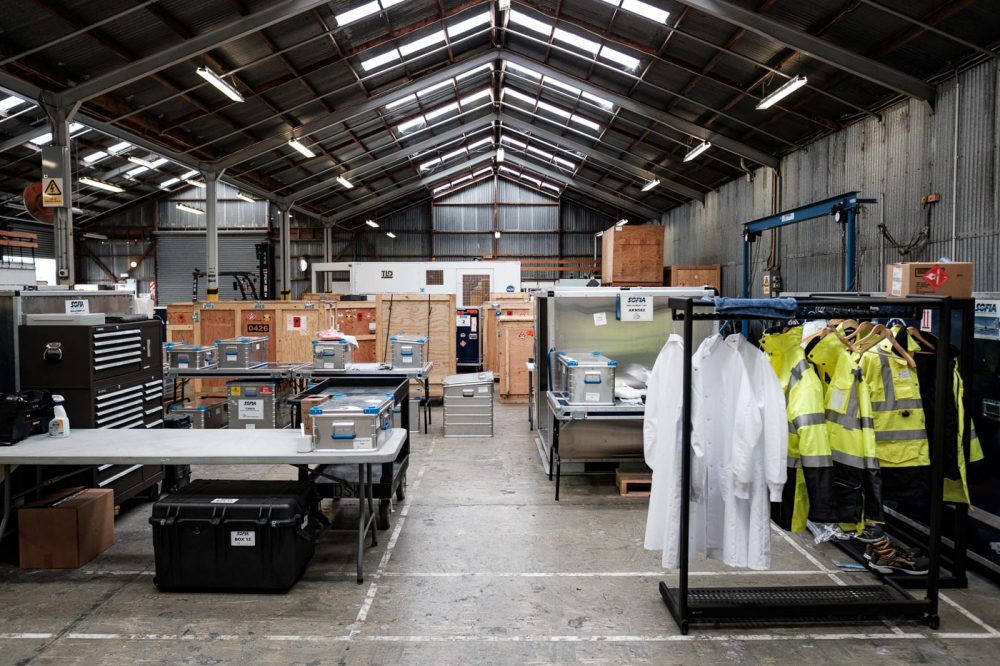 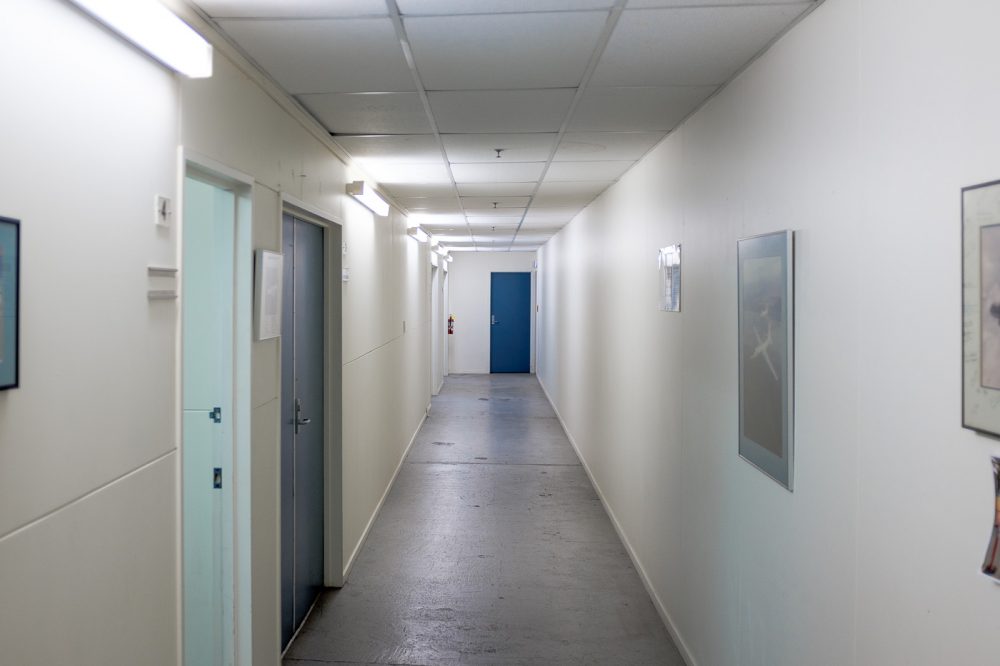 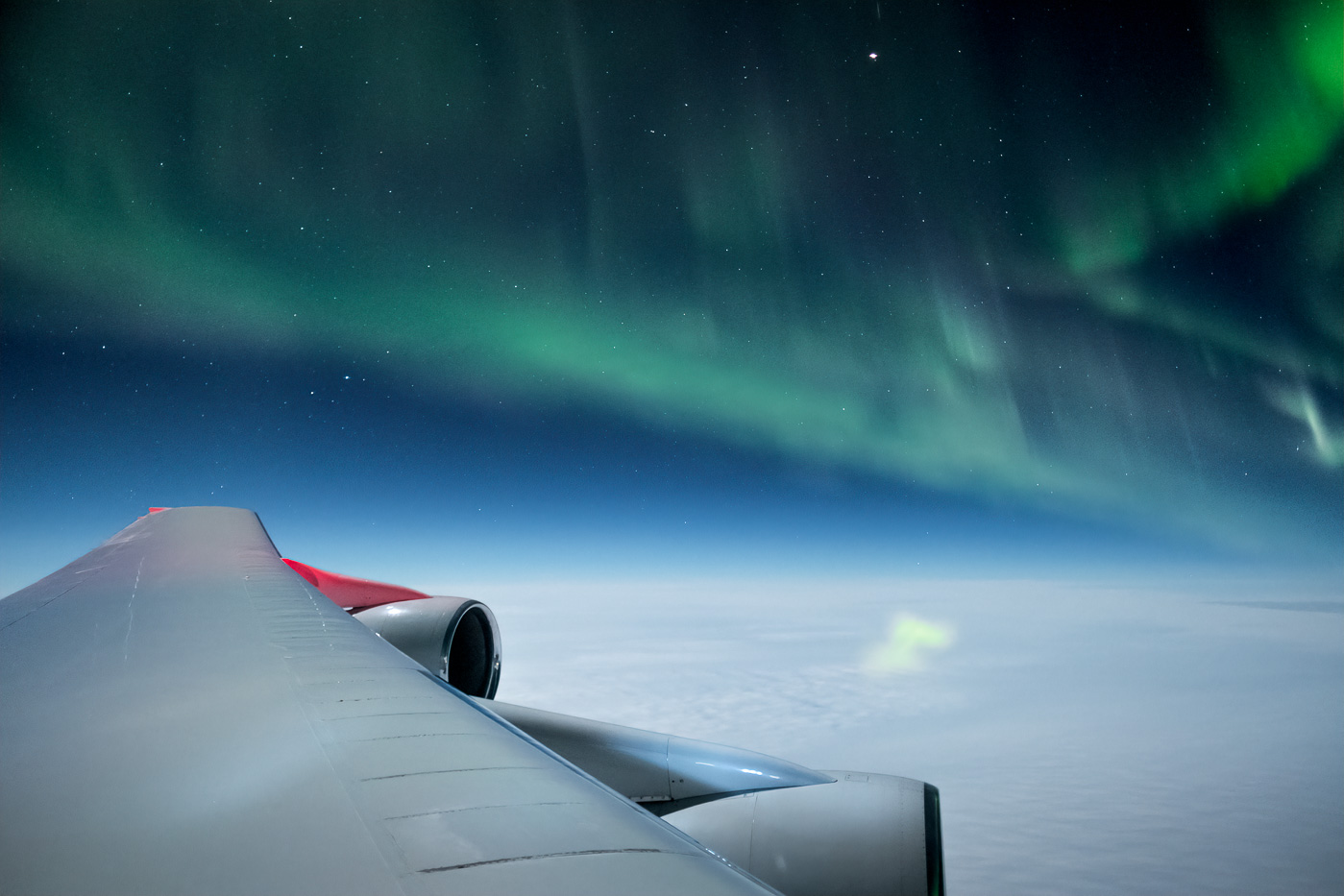 Aurora Australis pays SOFIA a visit above the Southern Ocean. Mars, the brightest pinpoint of light in the sky, is one of the main observation targets of flight 476

The first leg of flight 2018-06-26_GR_F476 is dedicated to observing Mars, the pale pink dot above our starboard wing, with the 4GREAT instrument. The German Receiver for Astronomy at Terahertz Frequencies was built by a consortium of research institutions. Rolf Güsten of Germany’s Max Planck Institute is a veteran of 130 SOFIA flights and project leader of the receiver. He has worked on the 4GREAT instrument and its predecessors since the 1980s. After a 40-year career in astronomy, Güsten is due to retire soon when his fifth season in New Zealand comes to an end. As we talk about his impression of New Zealand’s Fiordland region that he visited with his daughter a few years ago, the latest version of his instrument is measuring the amount of oxygen in the Martian atmosphere. 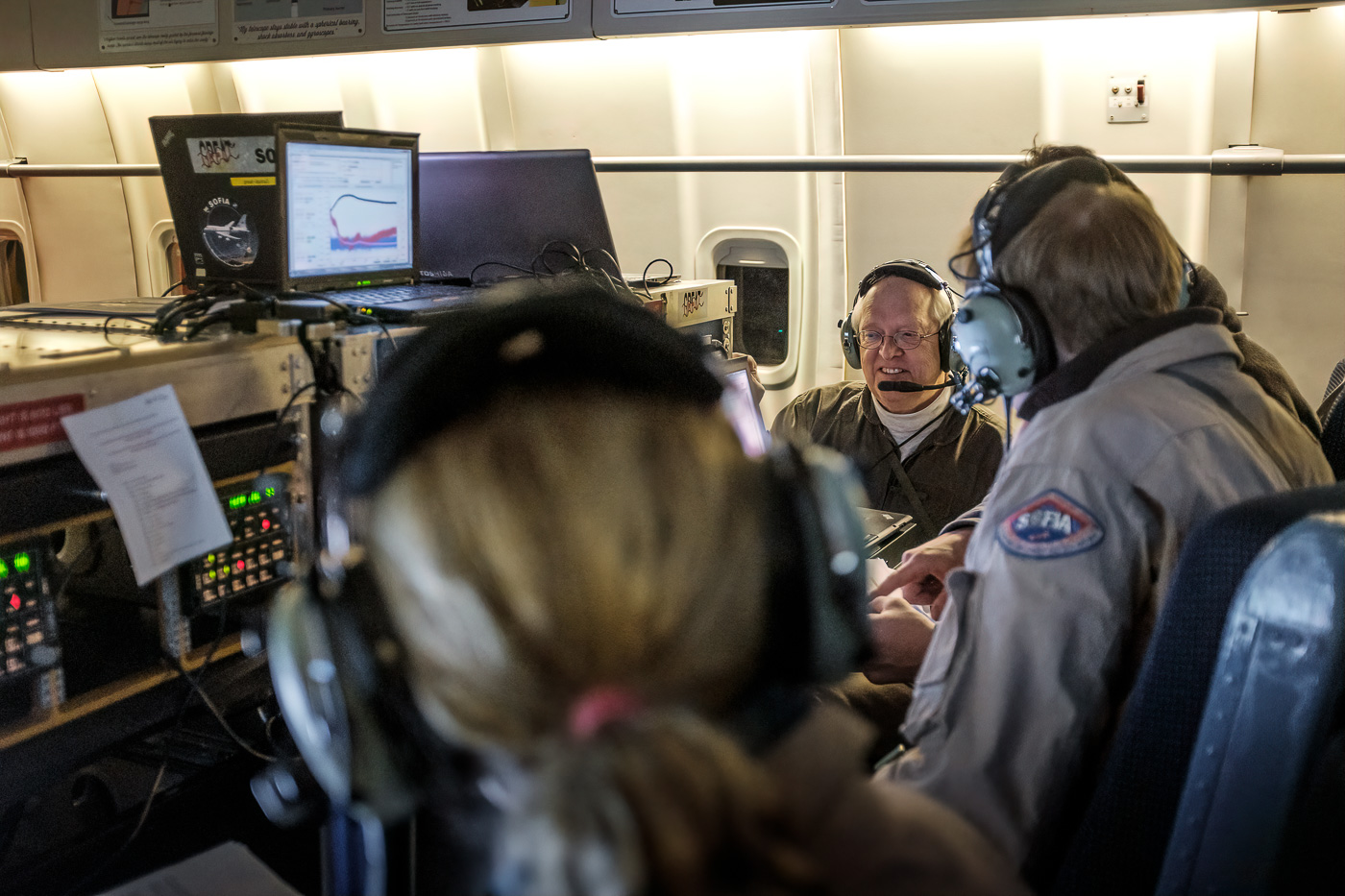 Rolf Güsten and his team discuss their observations

While some are at the end of a career in science, others are just starting. Across the aisle from us sits telescope operator William Montgomery, who started with the project recently. His previous work took him to places as exotic as the high deserts of the Andes, but he points out that he greatly enjoys the fact that his current chair can fly. His ongoing training will allow him to face the additional challenges of a flying telescope compared to a ground-based one. 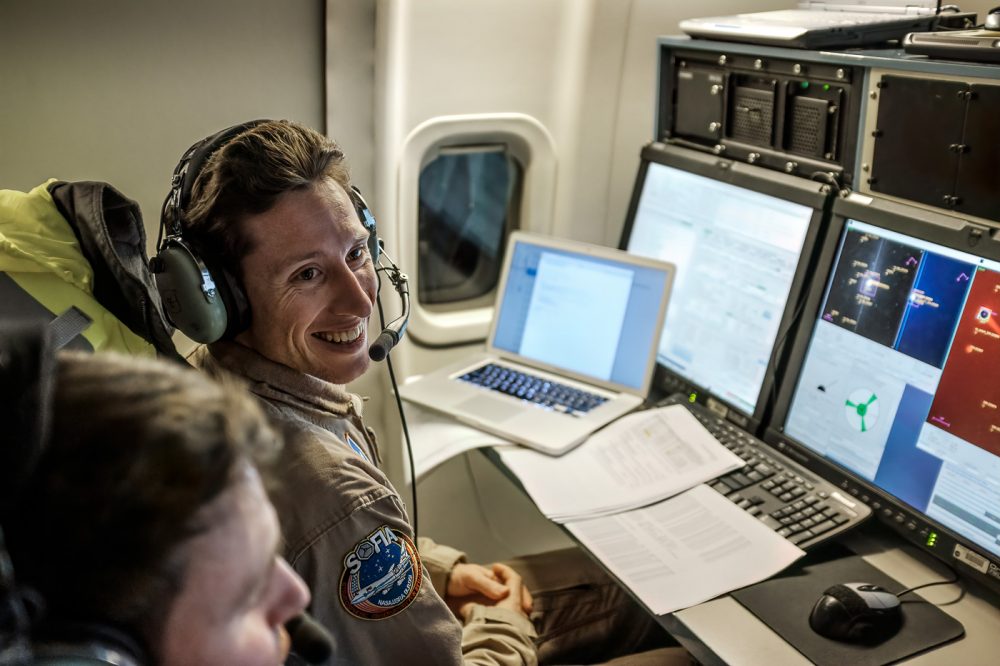 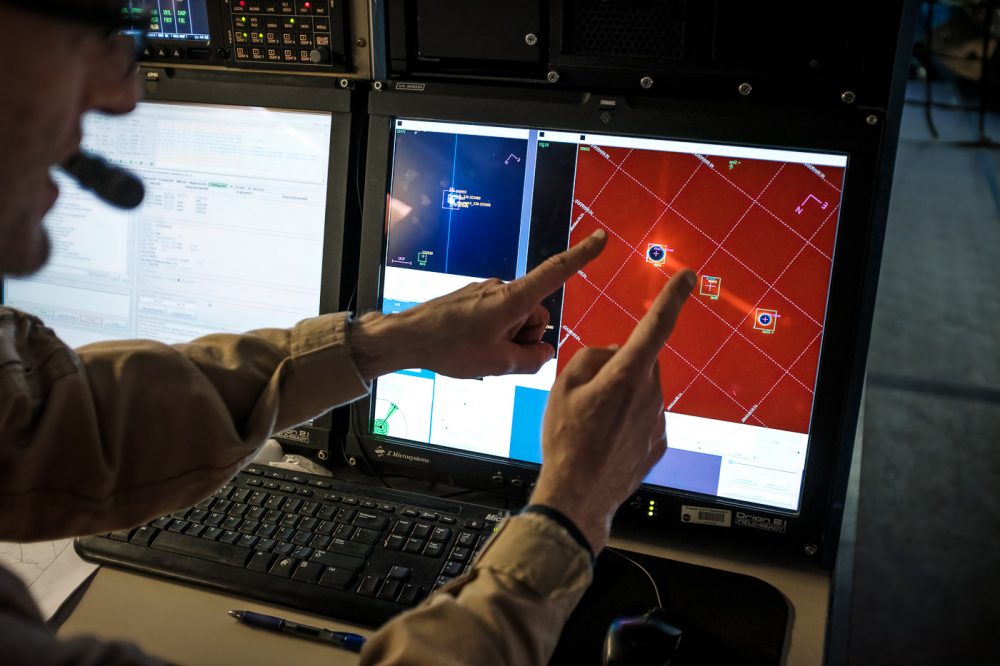 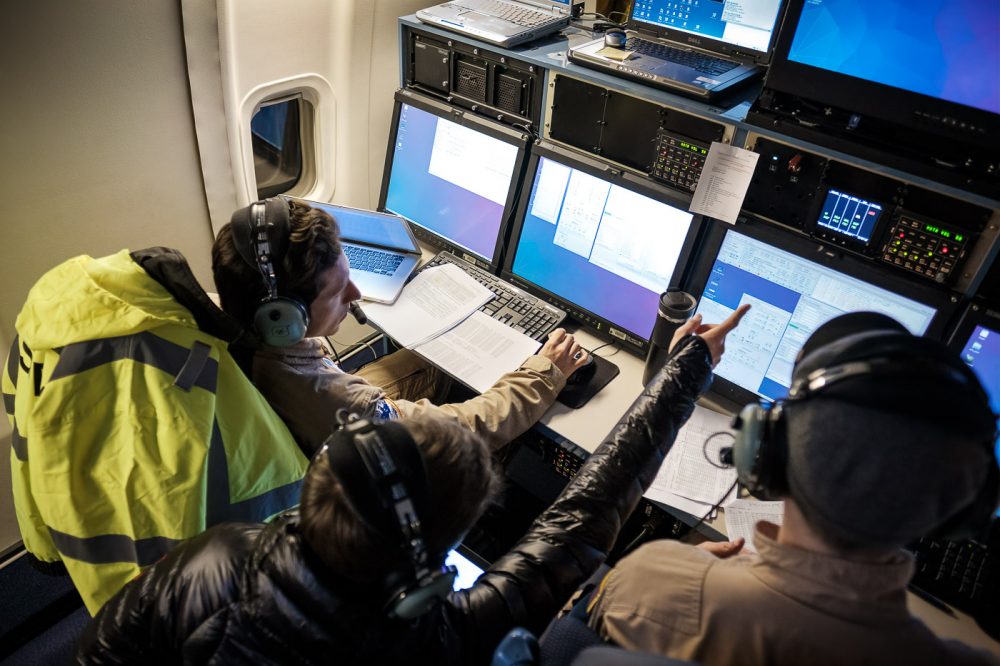 Talking to SOFIA’s crew, I get the impression that an interest in science and exploration often starts at a young age.  Capturing the public’s imagination falls to Nicholas Veronico and Kassandra Bell of SOFIA’s communications team. They find a willing audience in Christchurch, which takes great pride in its annual visitor. It might be an interest in the science that is carried out from NZ’s humble shores or some of NASA’s magic rubbing off on a small city on the edge of the world. Either way, many share their personal SOFIA stories when the world’s largest flying telescope shows up in winter. 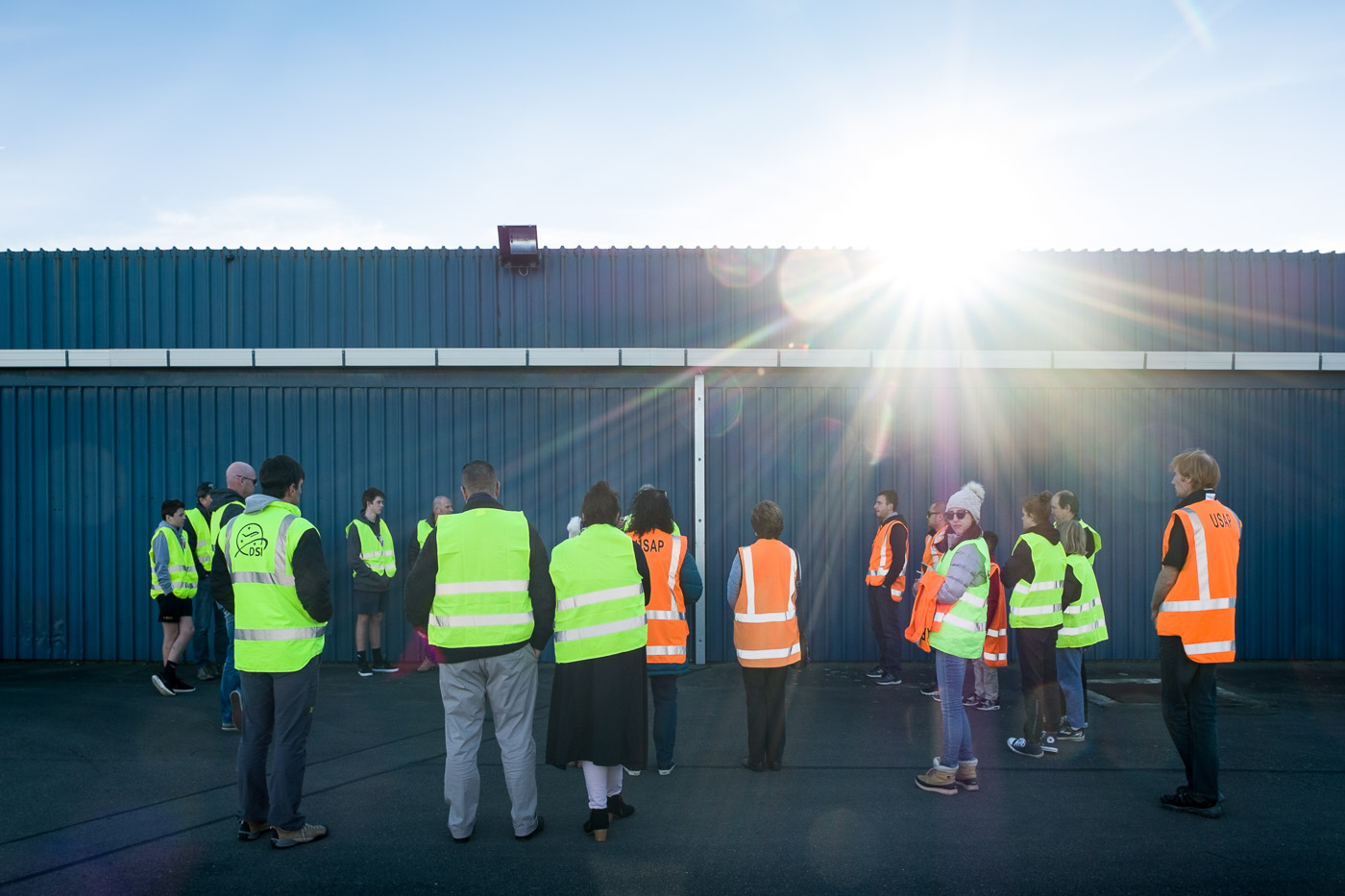 Kassandra Bell of SOFIA’s communications team keeps an eye on a roaming photographer as a group of visitors receive their safety induction.

Veronico and Bell often work long weekends to spread the word. ‘Even my worst day at SOFIA is better than my best day in previous jobs’, Veronico points out with a smile. As a veteran of the program, he proudly wears his mission patches for 100+ flights and flying above 12km, an altitude not commonly reached by commercial air traffic. 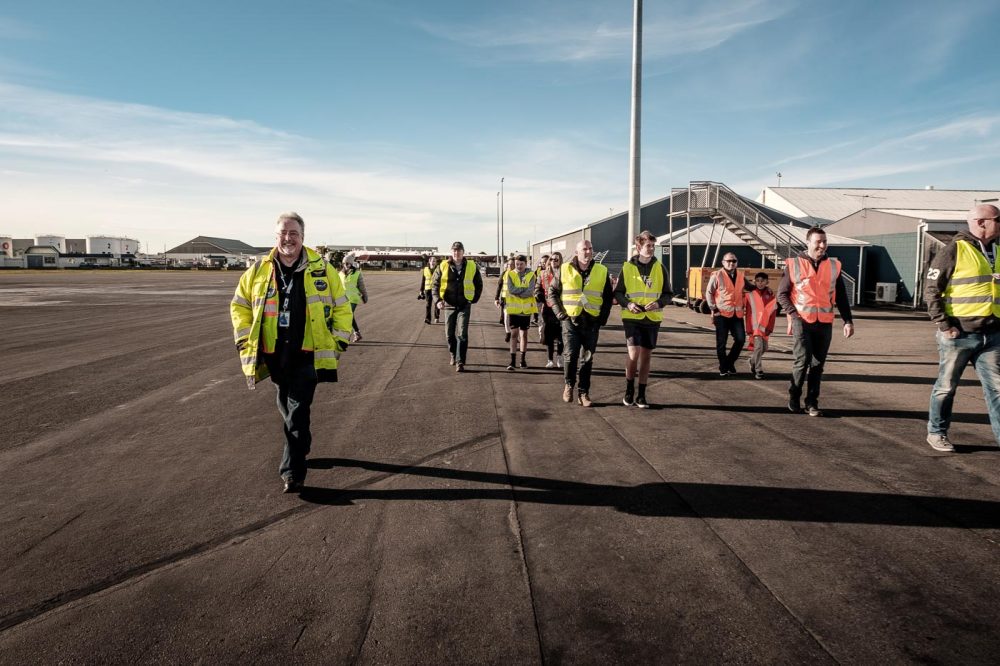 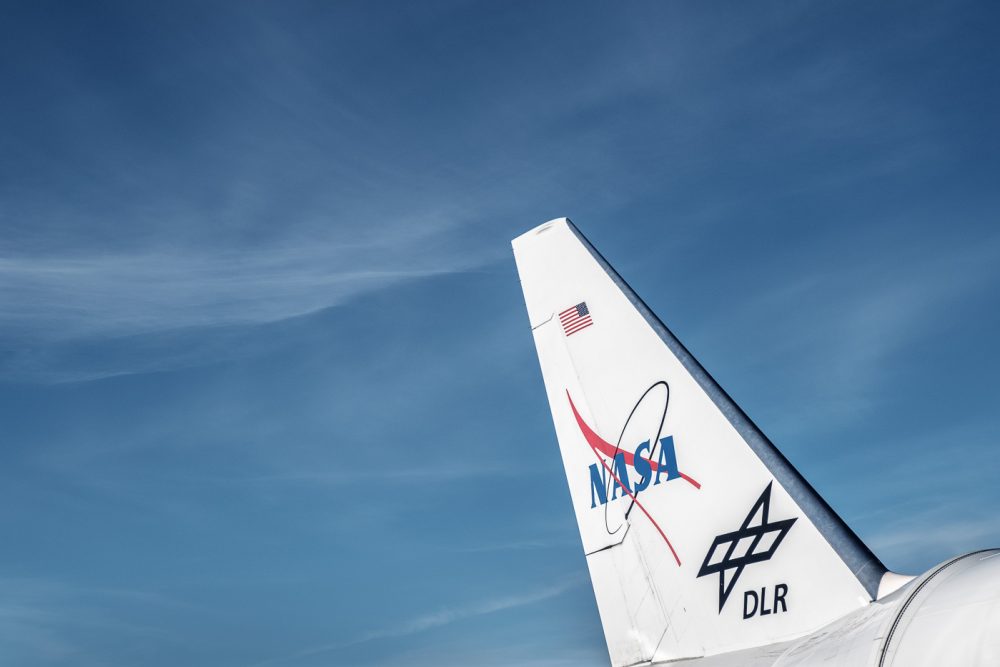 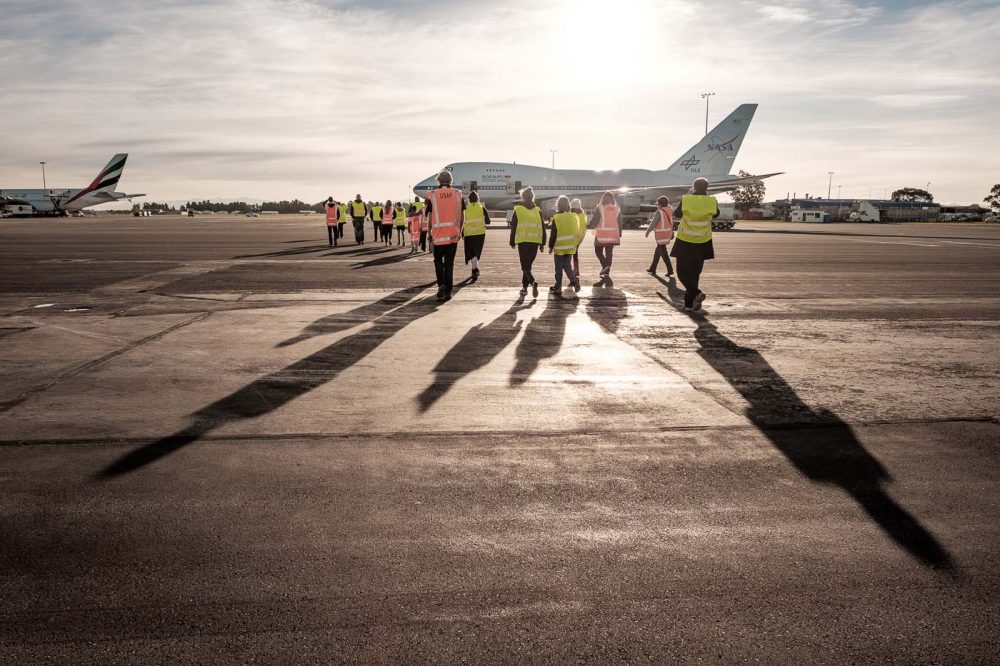 One of SOFIA’s messages to aspiring young scientists is that everything is possible with grit and determination. At a public event for local astronomers, Mission Director Karina Leppik explains that ‘like most things in life, my career path was not a straight shot’. After a first career as a Highschool physics teacher, Leppik worked in a weather observatory and helped organise a food bank. Her wide range of technical and social skills landed her a role as Flight Planner on SOFIA. Eventually, she worked her way up to Mission Director where she keeps teams happy and on track. 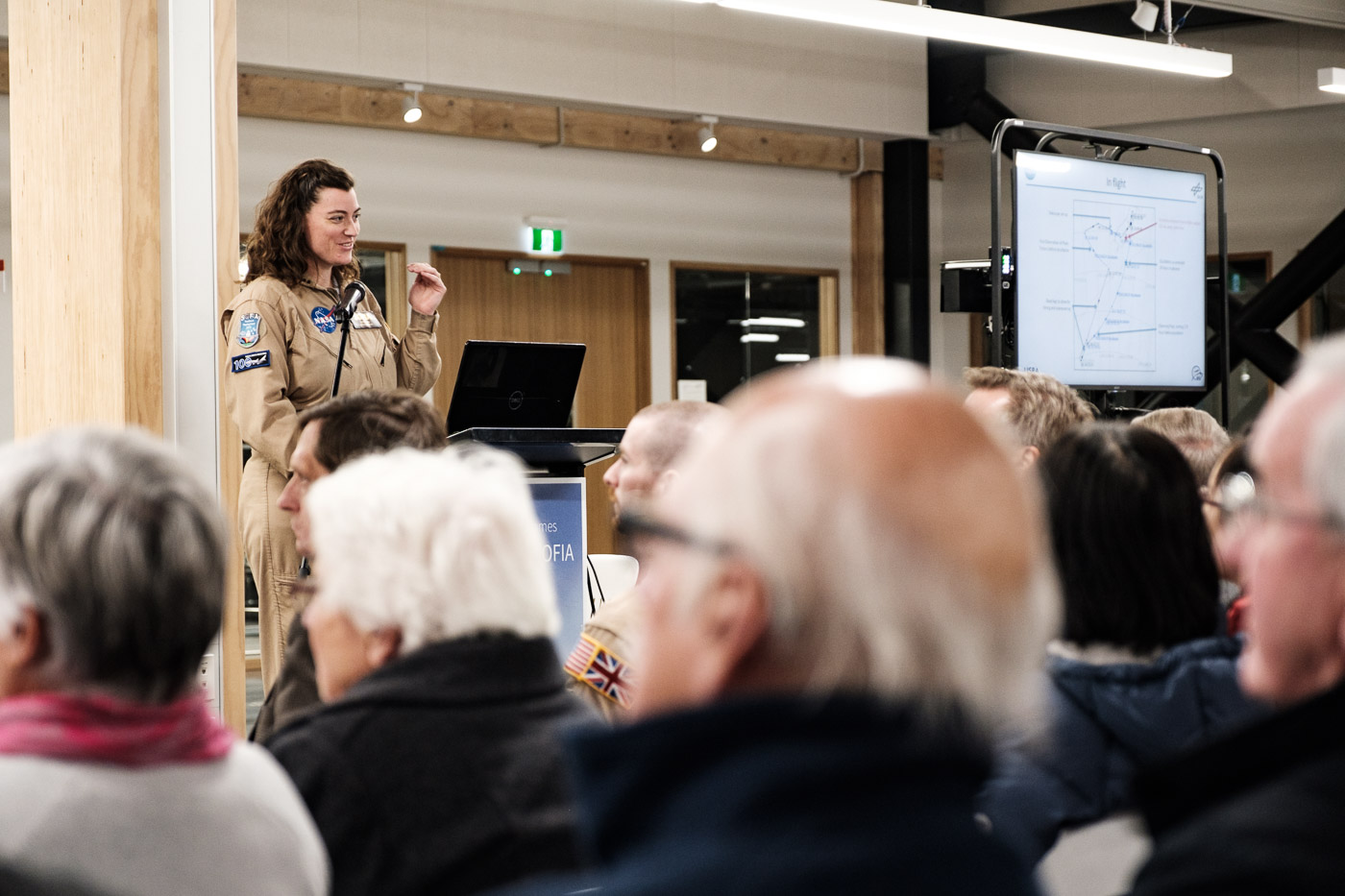 As I explore Clipper Lindbergh with members of the media and supporters of the program one afternoon, I see the excitement sparkling in 11-year-old Sienna Reiser’s eyes. Sienna and her mother Danielle are taking notes for Sienna’s father, a US Air Force flight engineer who could not attend. As Sienna wonders what the hundreds of buttons in the cockpit are for, Danielle Reiser tells me about her work as a travel organiser for the US Antarctic Program. 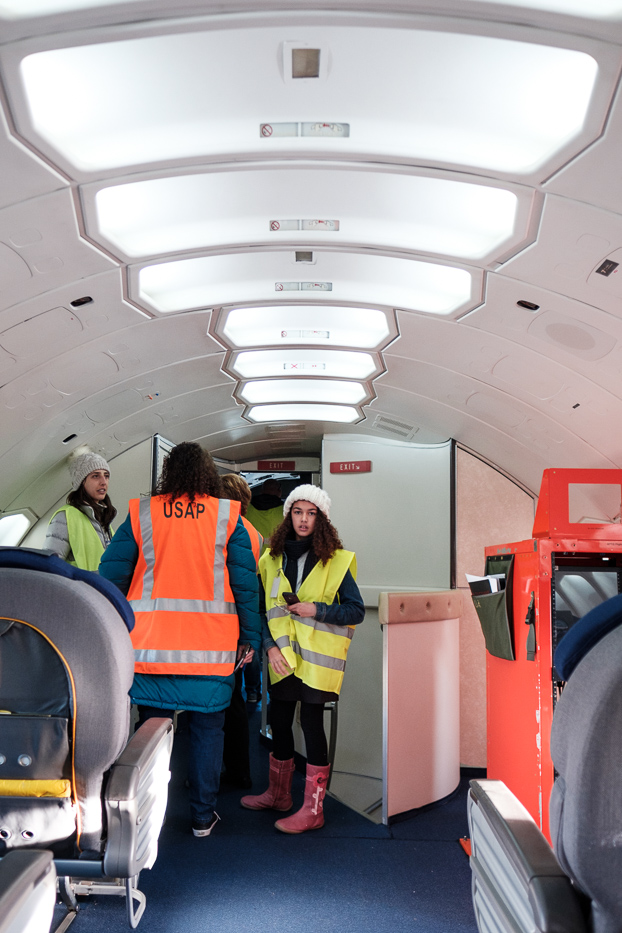 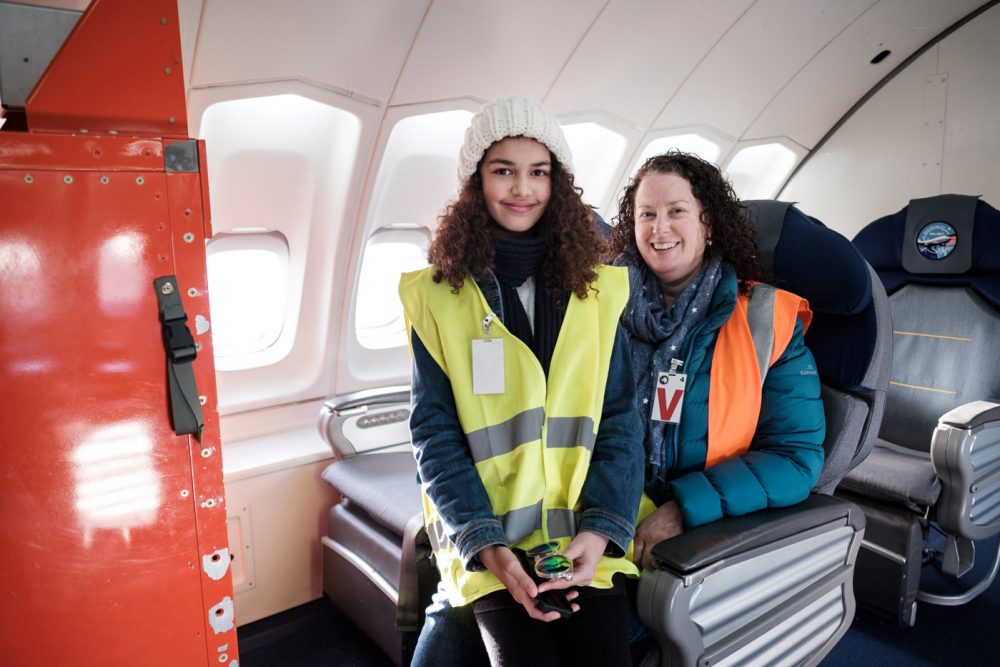 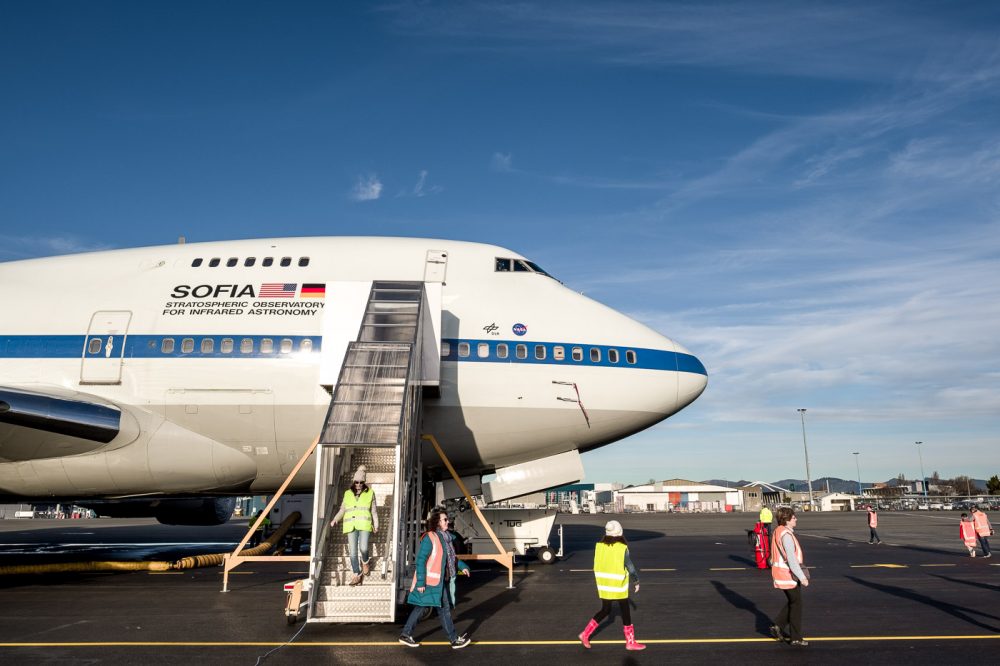 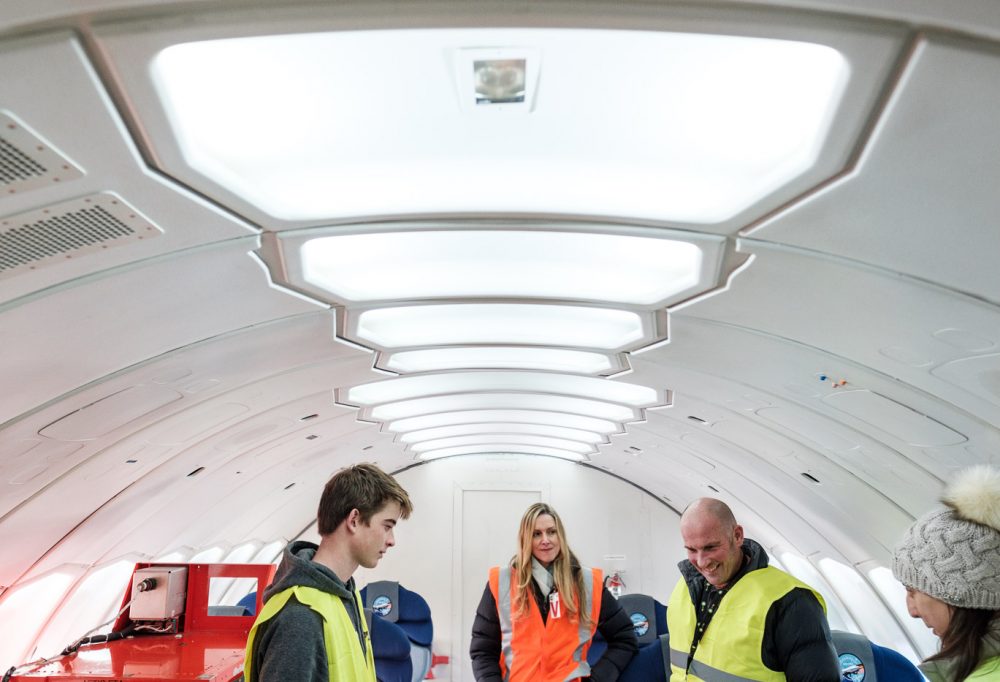 After a quick selfie, mother and daughter are off to explore other parts of the aircraft. The duo moves on and I wonder if this experience will have an impact on Sienna’s path through life.

On to Part 3: Tempus Fugit