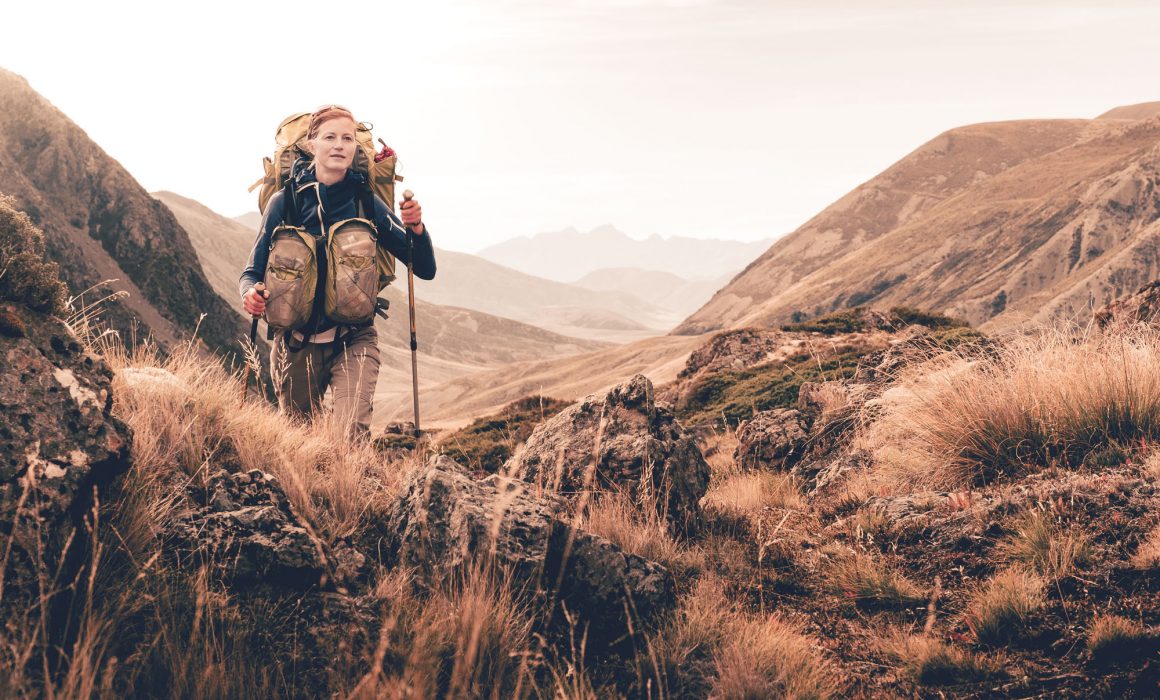 Sometimes, you just point at the map and go for it. And when you do that, you risk ending up knee-deep in potholes, ducks and, well, turds.

It had been years since my last proper tramping trip into the badlands between Hanmer Springs and St Arnaud. To spare ourselves a long and bumpy drive along Rainbow Road in the morning, we spent the night at the campsite by Lake Tennyson. The barren landscape had been one of my first tramping destinations after moving to NZ. Back then it had just blown me away with its otherworldliness. Fast forward eight years and it is shocking how the novelty has worn off. The area around Lake Tennyson is beautiful, but it is a far stretch from the mystical lands of my memory. It made me a little sad to think how, despite my best efforts, some of the magic just fades away. 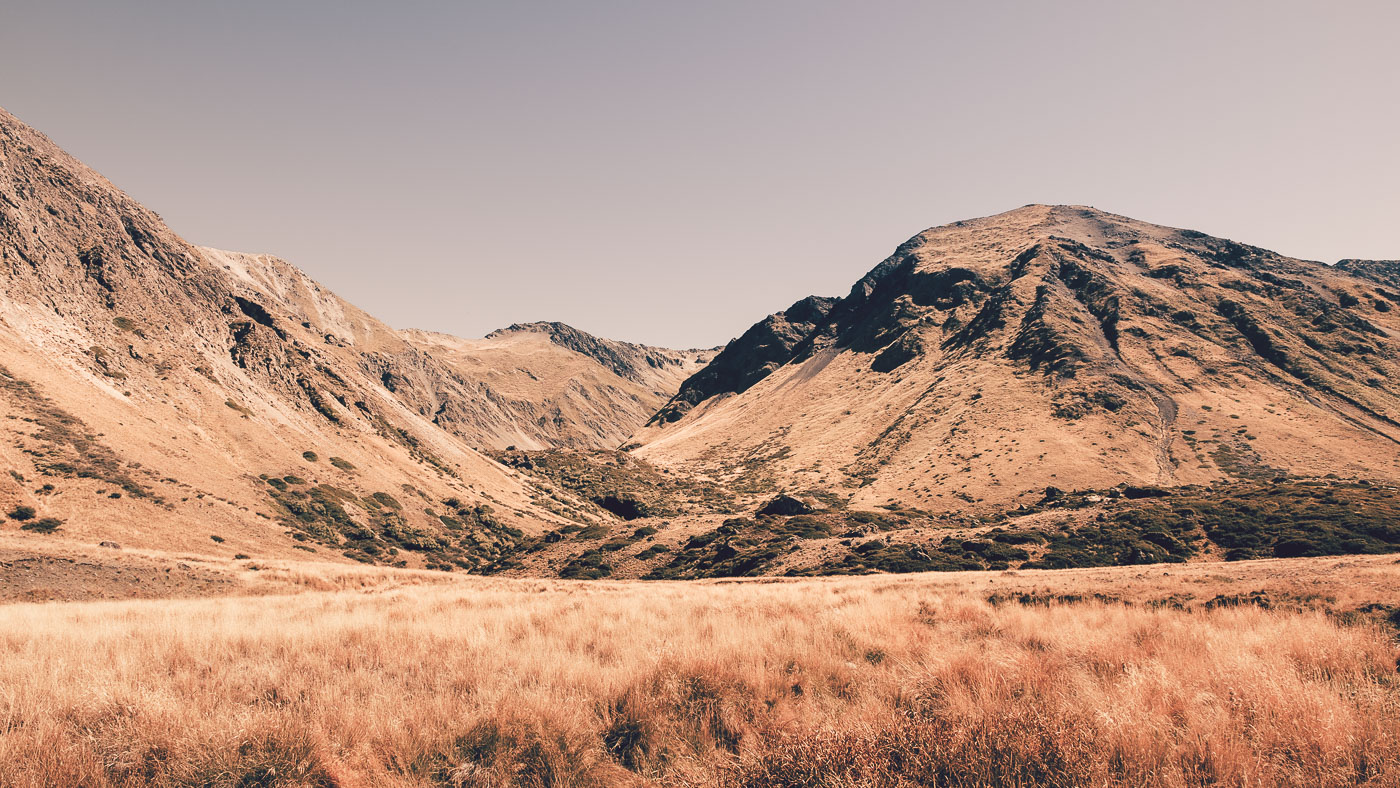 We had picked our route from Island Gully Hut to a tarn below the summit of Mount Dora almost at random. What little information we could find about the area promised little vegetation and a gentle, continuous climb up a valley with few obstacles. It seemed like the perfect destination after a summer with little exercise.

The next morning we were swallowed whole by chest-high tussocks right from the start. After dropping down the first bank towards the river, we tried to stay on a narrow band between grassy swamps and an ankle-busting slope. What the landscape lacked in variation, it made more than up for in ducks and aforementioned turds. At times it seemed like ducks were hiding behind every single blade of grass. We had stumbled across the world jamboree of waterfowls. 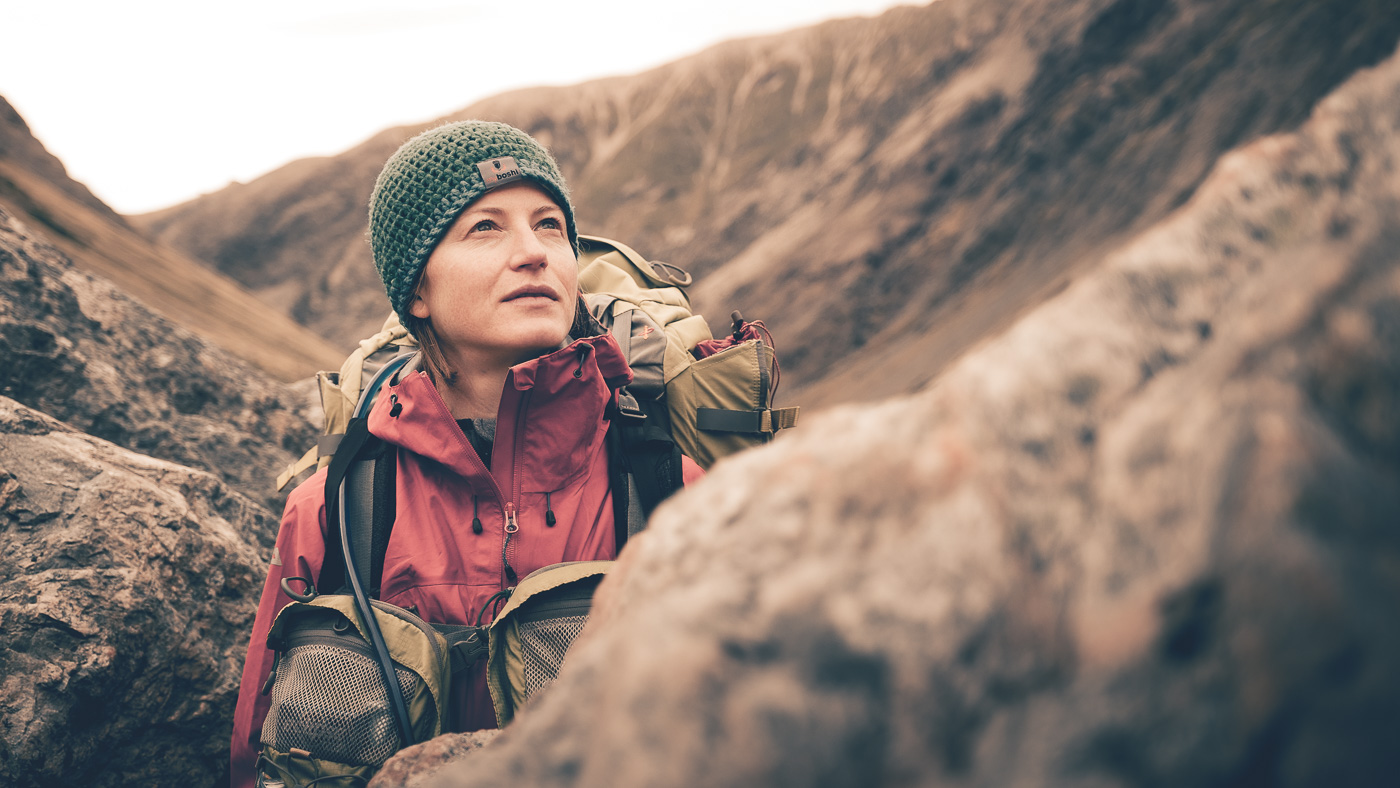 We stayed on the true right of Wairau River, dodging and weaving a relentless onslaught of potholes and duck ejecta. After two kilometres we crossed one of the few obstacles along the way. Given a choice between staying beside the river in a narrowing valley and an uphill scramble, we headed up a spur protruding from the northern flanks below Pt 1660. To Brennan’s never-ending amusement I’d rather climb a steep hill than cross a river.

The next few hours were dominated by grass, grass with hidden potholes, and, well, you know what. As we were approaching the final fork of the Wairau, we passed a shockingly remote farm gate and called an executive meeting. The terrain ahead of us required some minor route finding to ensure we did not end up at the business end of a waterfall. Eventually, we found a clear route on the true left through a surprisingly overgrown glacial moraine. 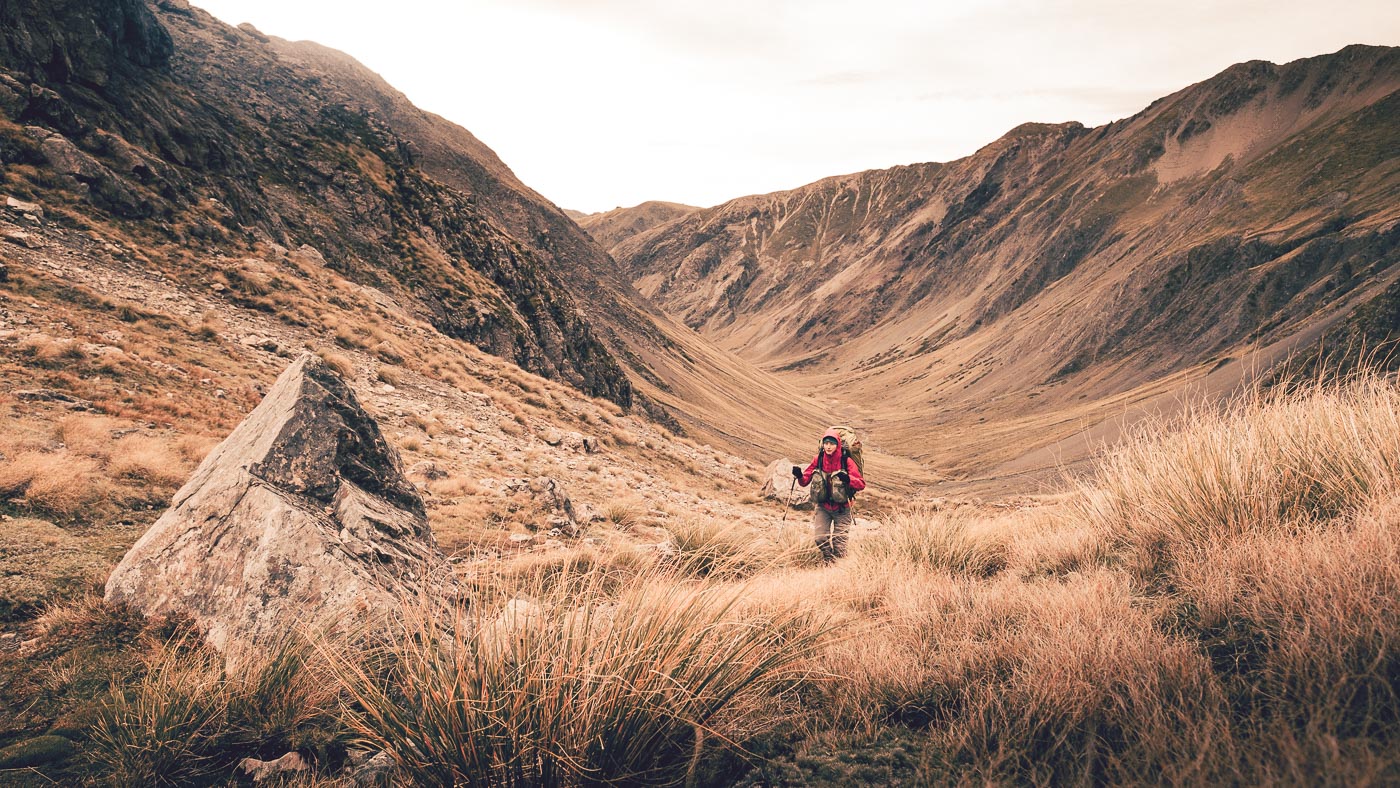 On the final climb towards the unnamed tarn, the landscape grew sparser. We were in for a minor disappointment as we summited a final rocky climb. We love hanging out in the sun after a long day of walking, but to our chagrin it had just dipped behind the ragged peaks. After an icy outdoor shower we were thankful for our down jackets. 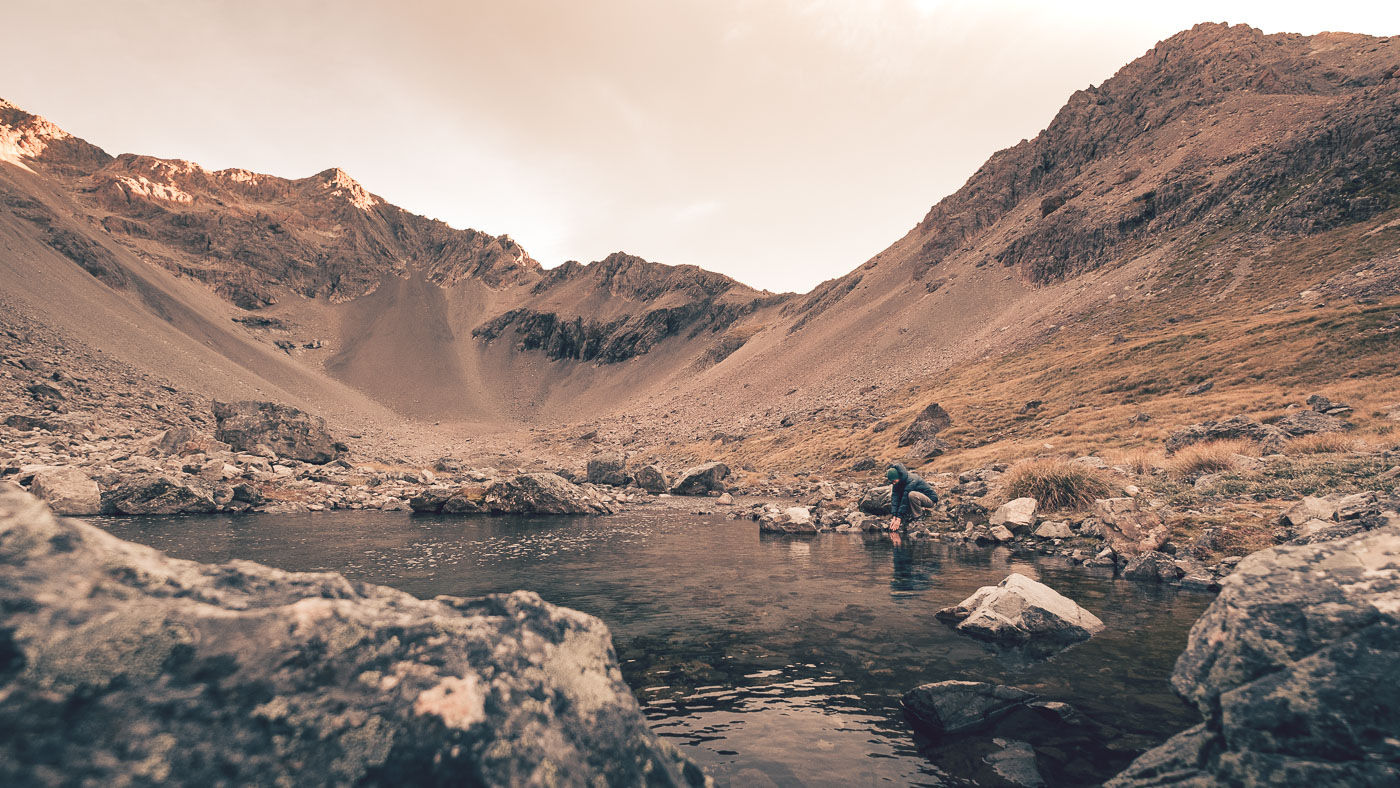 The tarns offered surprisingly few options for camping. A grassy bank above the eastern shore has a few reasonably flat spots. Options are limited to that one area, unless you enjoy having a boulder in your vestibule. After setting up our tent we inspected the tarn and were quite happy to have brought a water filter. A million little nuggets of happiness made it clear just how much our feathered friends enjoyed the spot.

Once all housekeeping was taken care of, we were beat. Our trip had taken almost twice as long as expected, courtesy of the pothole-ridden approach. The trip was by no means difficult, but our expectations of a walk in the park had set us up for some minor suffering. After dinner and a short nap we crawled out of our sleeping bags for a magic moment. A full moon was casting mountain-shaped shadows across the towering landscape all around us. Seeing the Milky Way span the roof of our valley like a sparkly blanket was reward enough after rough day. And so we fell asleep, dreaming our hopefully duck-free dreams. 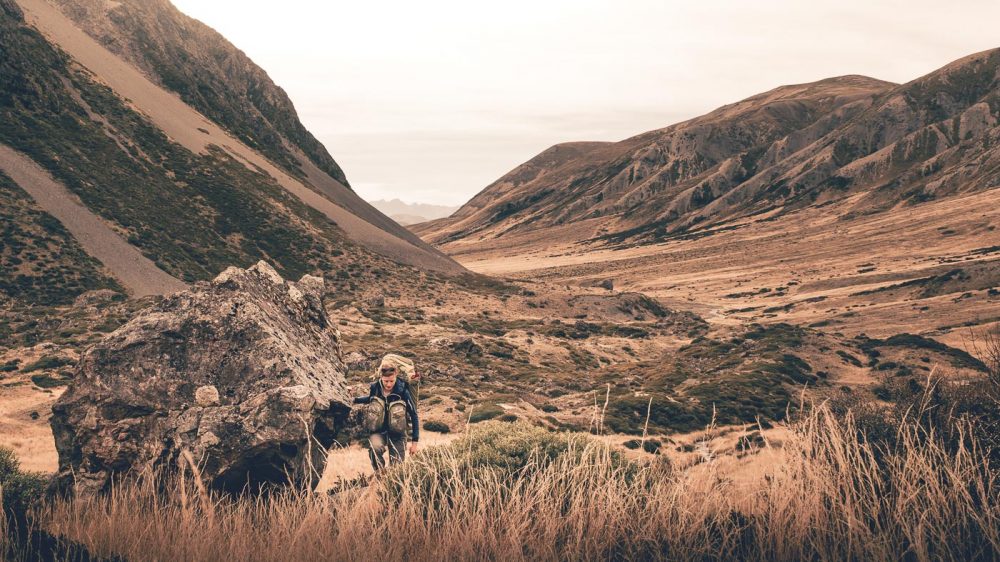 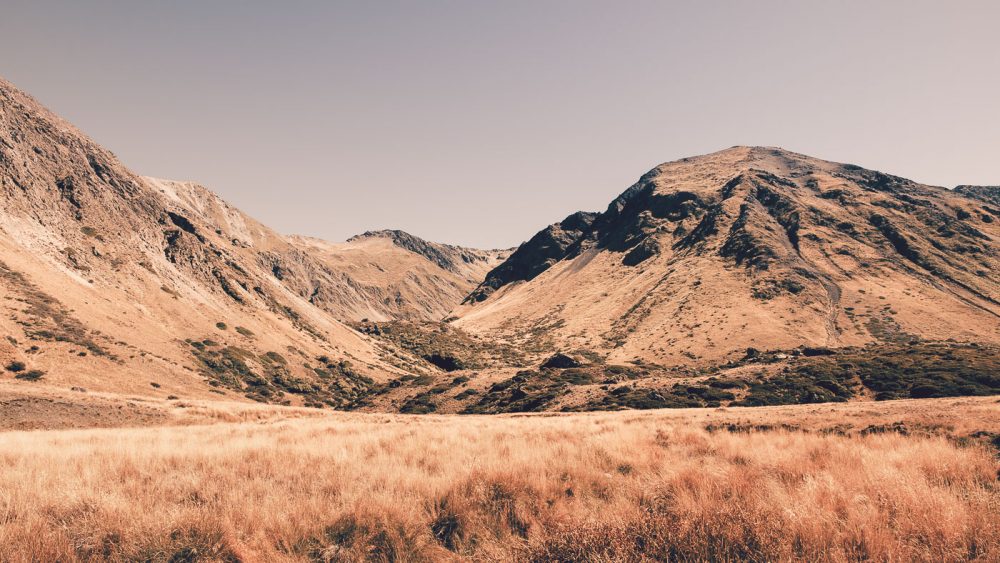 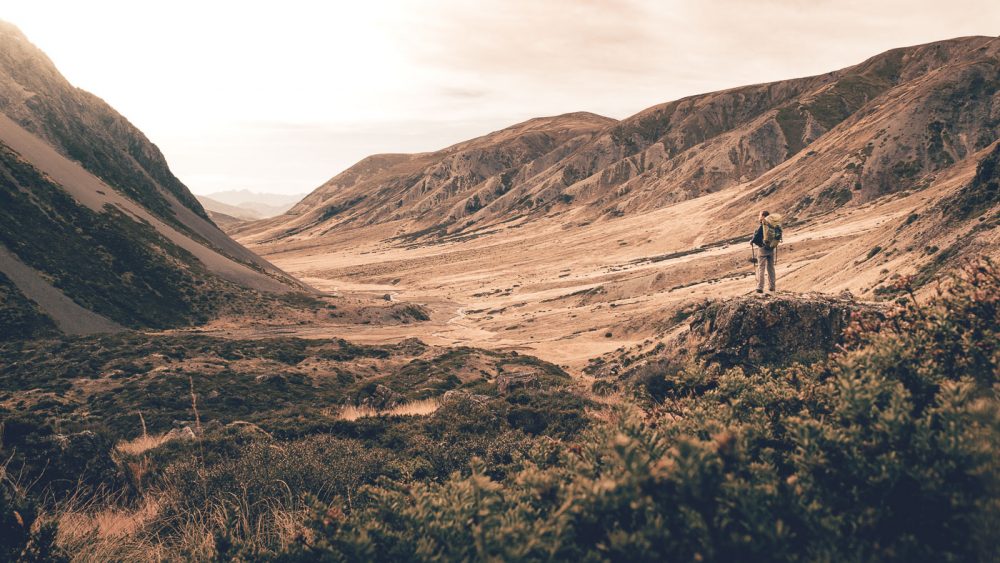 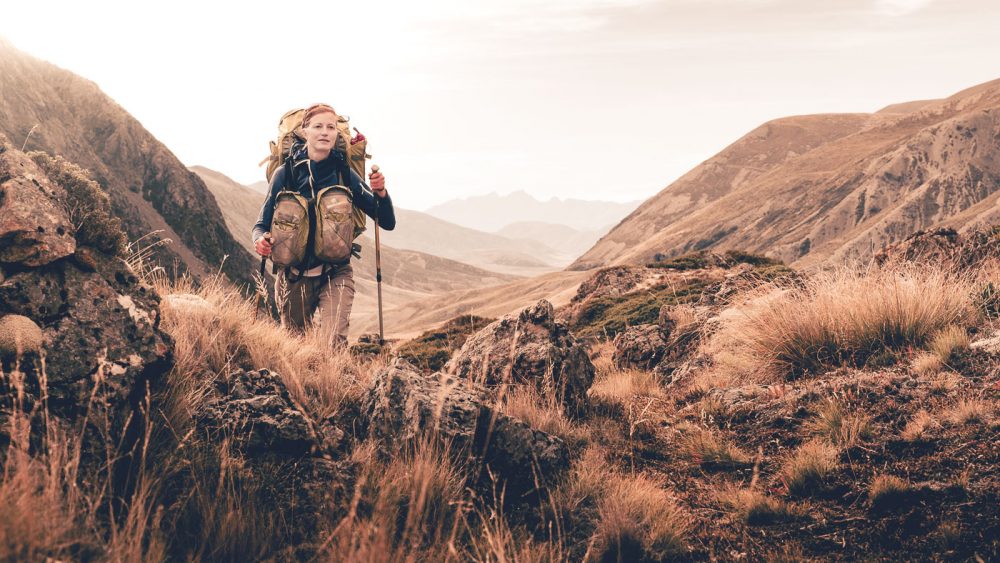 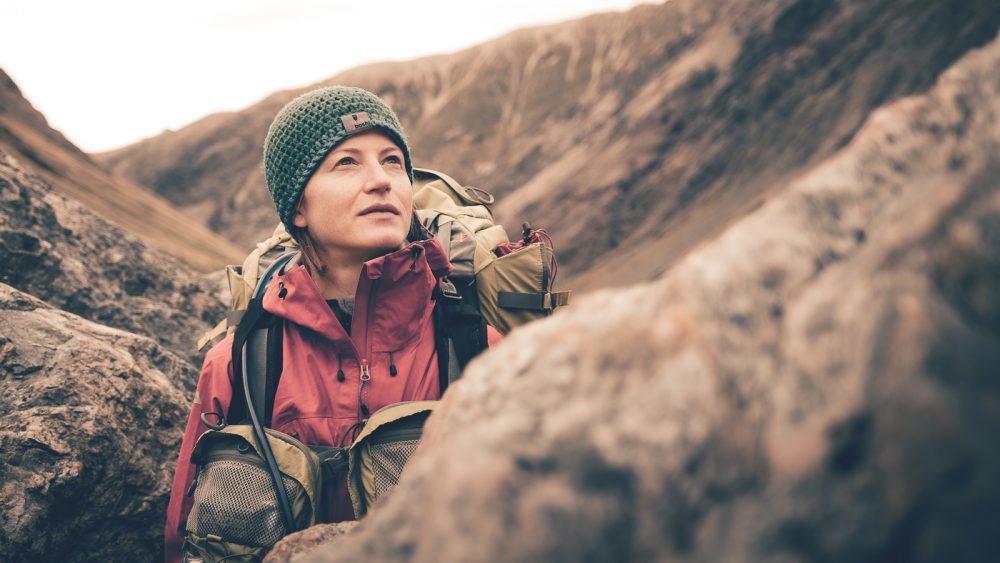 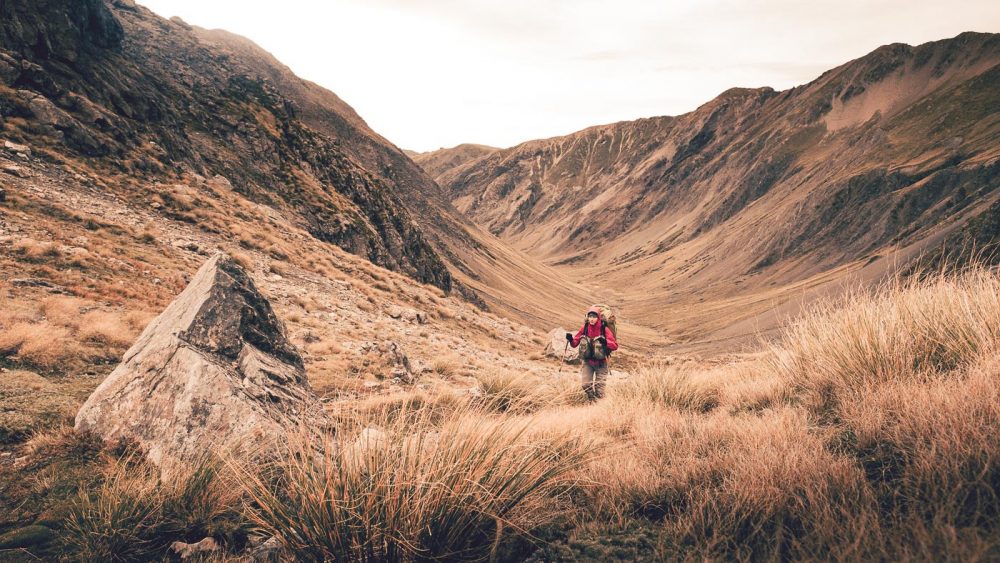 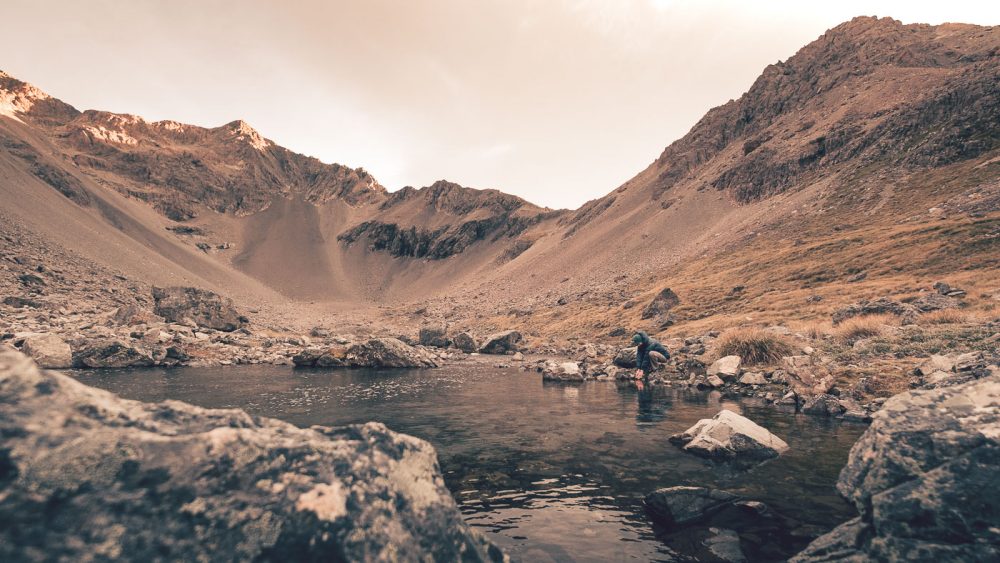 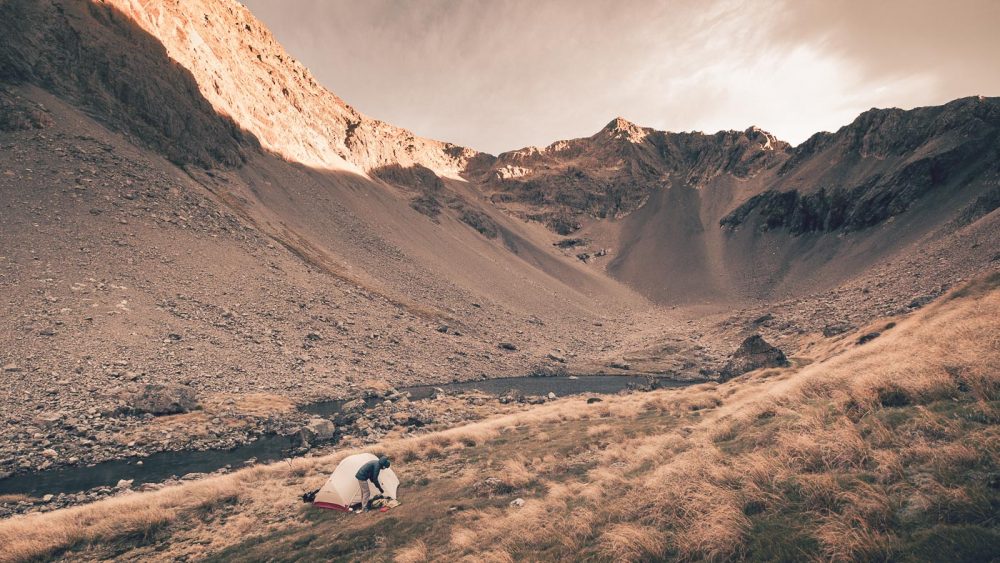 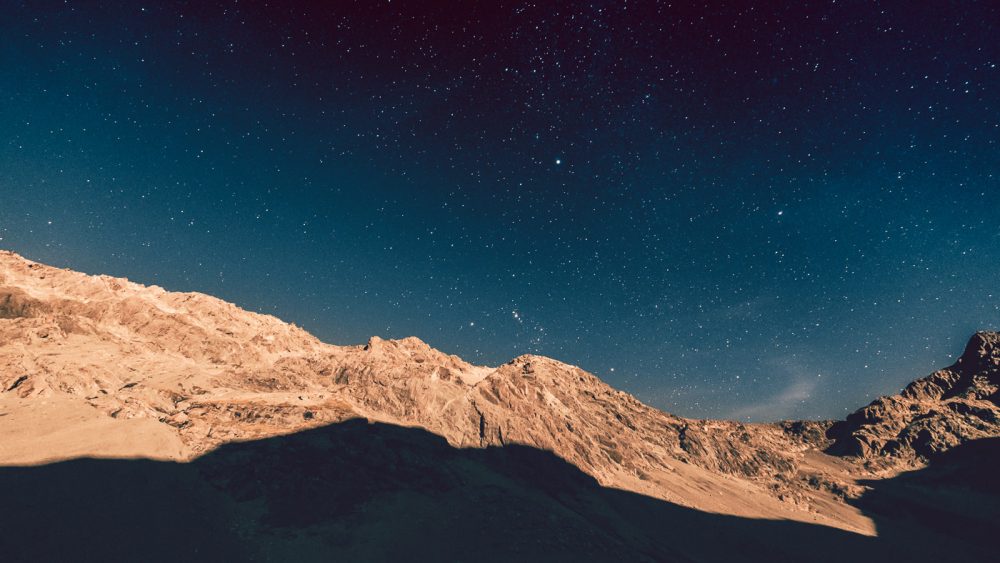